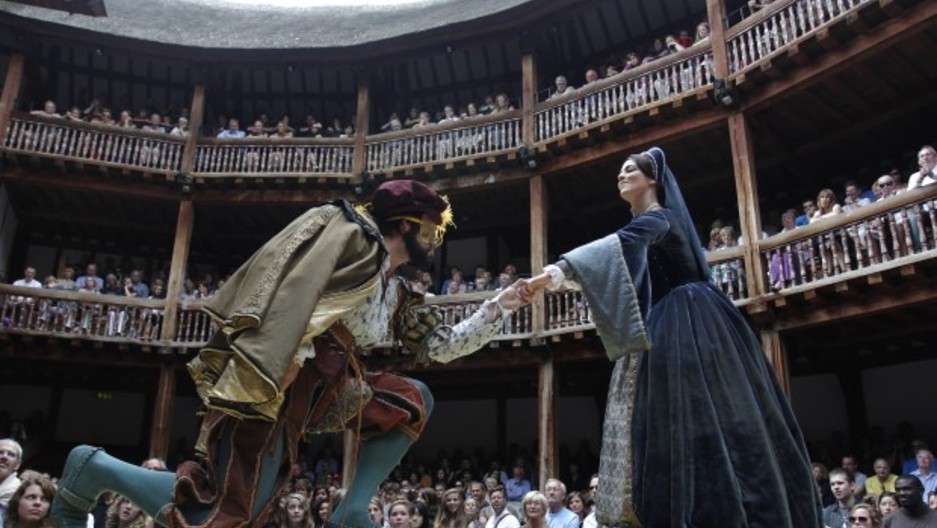 Swagger, grovel, gossip, hint, critic. Scholars say 1,600 or so words have come to us from William Shakespeare.

You can't type in the bard's name on YouTube without coming up with a treatise on what he's done for the English Language.

How did Shakespeare get credit for inventing words like puppy dog and lackluster? The answer is the Oxford English Dictionary (OED), the dictionary famous for recording the origins of words.

"There were hundreds and hundreds of amateurs combing through every printed of a particular use of word or phrase," explains James Shapiro, a Shakespeare scholar at Columbia University. Shapiro says when researchers first began putting together the OED in the late 19th century, they manually scoured printed texts in search of the first written references of words and the OED relied on Shakespeare's texts to pinpoint the origins of many, many new words in print.

All's well that ends well, except, says Shapiro, that the advent of the computer and digital databases has changed everything. "It turns out that computers are better than hundreds of amateurs at finding this material."

Computers analyzing thousands upon thousands of texts have revealed that, not only did Shakespeare not invent all of these words, he might not have been the first to write them down, either. One of these recently debunked words you just might recognize is "puke." "He used to be the first citation for that, but he isn't any more," says Katherine Marin, head of US Dictionaries at Oxford University Press.

Martin says it's no surprise that the bard didn't invent all of these new words. How could you tickle the ears of the groundlings that way?

"After all if he was just going around inventing words all the time, no one would've understood what the people in his plays were saying. It's more accurate to say that he was recording the language of his time," says Martin.

However, whether he invented the words or not, it doesn't really matter, says scholar James Shapiro. "It's not the words you choose, but the way you use those words. If you asked me what the most famous words in Shakespeare are, they're commonplace words like 'To be or not to be,'" he says.

Shapiro thinks the very climate of Elizabethan London gave birth to all of this inventiveness in language. There were no rules, no authority dictating what meant what or even how to spell the word "what."

And while new words and Shakespeare's clever turns of phrase delight us to this day, for Shapiro, even a single word can capture the imagination: "When King Lear, holding his dead daughter Cordelia in his arms, says the words 'Never, Never, Never, Never…'"