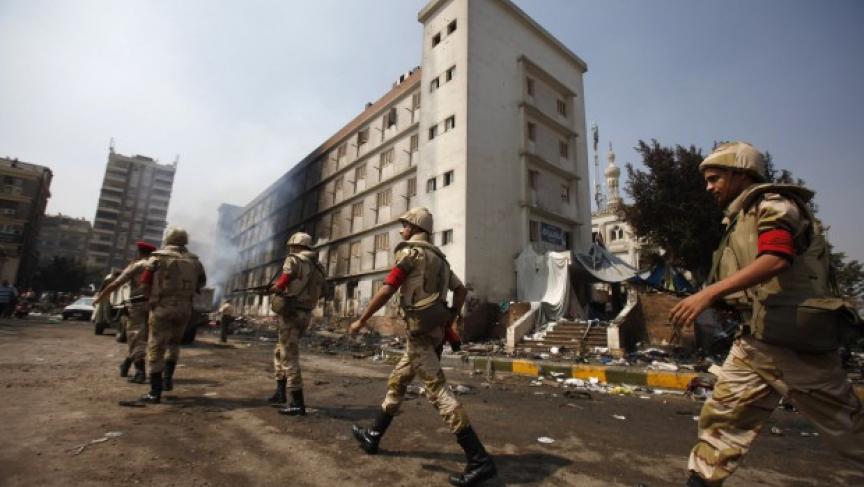 Egyptian soldiers move near a burnt annex building of Rabaa Adawiya mosque after the clearing of a protest camp around the mosque, in Cairo August 15, 2013. The Egyptian government said on Thursday it was determined to confront "terrorist acts" by the Muslim Brotherhood, a day after security forces raided the group's protest camps in Cairo and hundreds of people were killed. REUTERS/Amr Abdallah Dalsh (EGYPT - Tags: POLITICS CIVIL UNREST TPX IMAGES OF THE DAY) - RTX12MOH

Share
It's a day after a major bloodshed in Egypt. Mourners are burying their dead, and the streets are empty. Marco Werman got a chance to speak with Ashraf Khalil, correspondent with Time Magazine who is in Cairo.