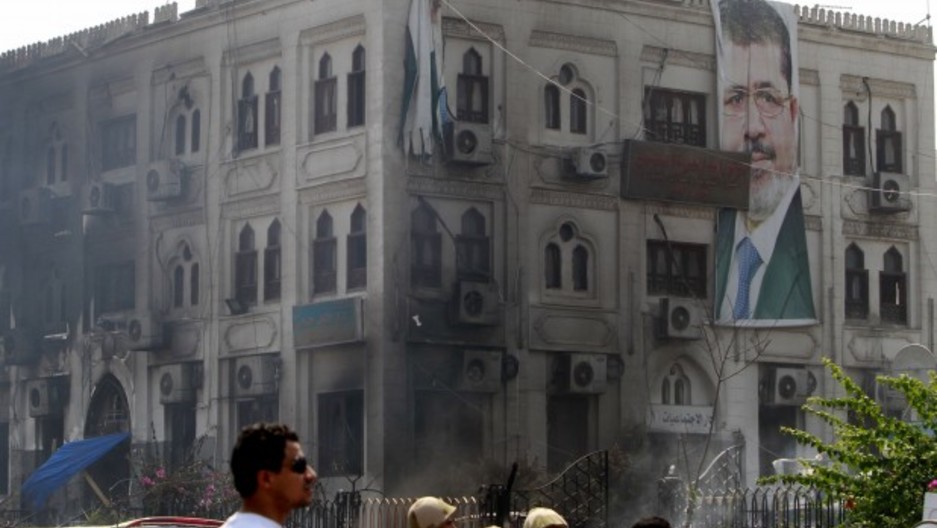 A banner of deposed Egyptian President Mohamed Mursi hangs on a burnt annex building of Rabaa Adawiya mosque after the clearing of a protest camp around the mosque, in Cairo August 15, 2013. Egypt's Muslim Brotherhood called on followers to march in protest in Cairo on Thursday, after at least 421 people were killed in a security crackdown on the Islamist movement that has left the most populous Arab nation polarised and in turmoil. REUTERS/Mohamed Abd El Ghany (EGYPT - Tags: POLITICS CIVIL UNREST) - RTX12M9B

Share
There's mourning in Egypt today for the more than 500 people killed when government forces moved in to clear two pro-Morsi sit-ins. The Muslim Brotherhood vow to continue the protests. Anchor Marco Werman speaks with BBC's Shaimaa Khalil in Cairo.