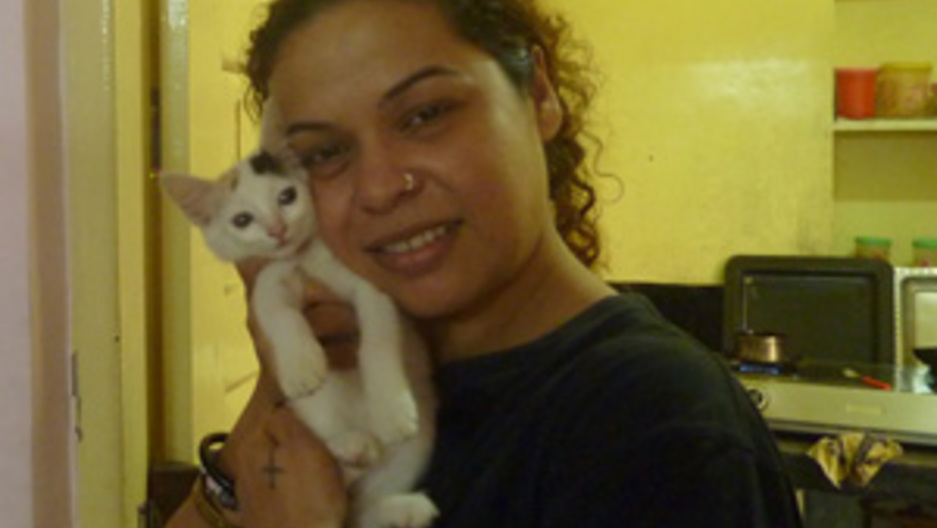 (EDITORS' NOTE: The five accused assailants in this case were convicted last week. Here is the 2013 story, with a postscript.)

In February, 2012, a 37-year-old woman went out to a nightclub in a five-star hotel on Park Street in Kolkata.

By the end of the night her life had changed forever. She was gang raped, thrown out of a car half naked, in the dead of night.

Her case got a lot of attention. For the next 15 months she was known as the Park Street rape victim. She would appear in silhouette in news stories.

But the Park Street rape victim did something almost unthinkable in India. She came out. "My name is Suzette Jordan," she said.

Suzette Jordan doesn't want to be a silhouette anymore. Or digitized. Or masked.

Jordan's rape pushed her into the shadows. It took another brutal rape to bring her out. And it wasn't the horrific attack on a young Delhi medical student on a bus in December. It was the gang rape and murder of another student near Kolkata in June. There were huge protest marches. And Jordan went to one of those rallies.

"When I got there I realized I didn't bring a scarf to cover my face," she said. A scarf to mask her identity.

It was a controversial decision. Jordan had already revealed some details about her life to the media — that she's a single mother of two, that she's Anglo-Indian. She did it because she thought it would force the police to do their job, instead of dismissing her. "From the start they ridiculed me, they made fun of me, they made me believe or made me feel that the fault was mine," she said.

In India, rape victim's names are protected to shield them from the stigma. Her family found out about her decision to go public at the rally the way everyone else did–they saw her on TV.

"They were shocked when they saw me on TV. My daughters were very proud. They said, "Momma, go for it," she said. "My mom, being the timid person she is, was scared."

Rape has been front-page news in India ever since the December attack. It provoked a nationwide outcry. Since then, parliament passed stricter laws on rape, including the possibility of the death penalty.

But it doesn't mean blame-the-victim attitudes have changed. Jordan has heard politicians dismiss her story in the media.

"Oh she's a single mom, she might have been a prostitute, her husband left her," she said.

By coming out, Jordan gets to tell the story we generally don't hear in India — of life after the rape.

"I couldn't even get up to go to the loo," she said. "My father had to lift me off the bed and take me to the loo. That was so embarrassing for me."

It was hard on her daughters. Because the neighbors figured out she was the Park Street rape victim. "The people in my area when my daughters would go to school in the morning started to look at them in weird ways and pass comments," she said. She was popping antidepressants. Sleeping pills.

"I would wake up screaming. Had it not been for my babies and their support and the support of my parents I definitely would have been dead," she said.

Money was a problem, too. Jordan was out of work at the time of the attack. But she couldn't find a new job because potential employers guessed who she was. They'd seen her silhouette on TV.

"Then looking at me they would realize oh this is the Park Street rape victim. They would tell me we would get back to you, Never ever till today has anyone gotten back to me after my interview. Never ever anyone," she said.

Finally she got hired by a helpline for survivors of abuse. As she sits in her tiny apartment playing with her white kitten, Suzette Jordan says she knows being out isn't going to be easy —though the media has been supportive. But she says wants to do it for others who can't show their faces.

"I want someone who is strong enough to stand there with them so they don't get exploited. Even though people have laughed at me I want to be the example of their laughter. Because I can take it. I have taken it for the past 15 months. I know that I am strong."

(Postscript: Suzette Jordan never got to see her attackers convicted in court. She died earlier in 2015, of meningitis.)