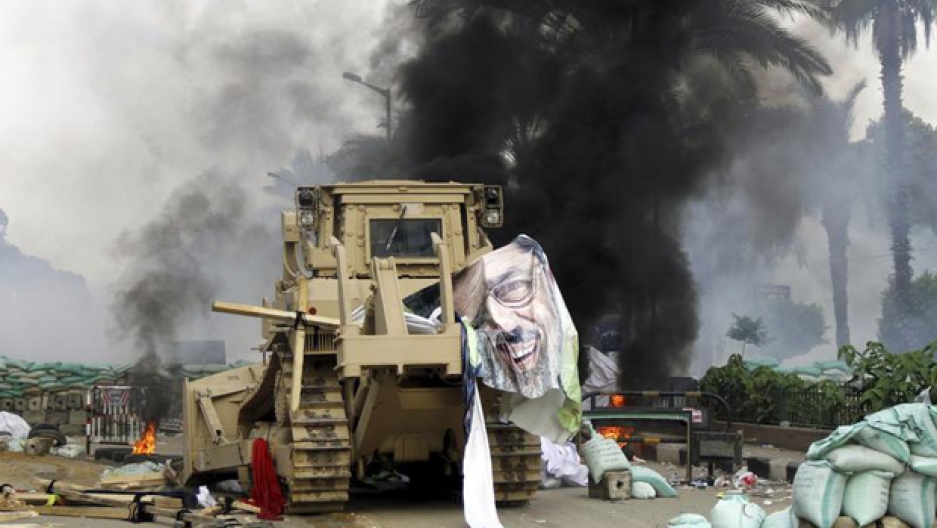 A torn poster of deposed Egyptian President Mohamed Mursi is seen as riot police clear the area of his supporters, at Rabaa Adawiya square, where they had been camping, in Cairo August 14, 2013. At least 95 Egyptians were killed on Wednesday after security forces moved in on protesters demanding Mursi'
s
reinstatement, and the government imposed a state of emergency as unrest swept the most populous Arab nation. REUTERS/Mohamed Abd El Ghany (EGYPT - Tags: POLITICS CIVIL UNREST TPX IMAGES OF THE DAY) - RTX12L5H

Share
US Secretary of State John Kerry has called the situation in Egypt "deplorable" and appealed for calm. "The United States strongly condemns today's bloodshed and violence across Egypt," he said. Host Marco Werman talks with former US Ambassador to Egypt, Frank Wisner, about his view of the events, and how the United States should respond.