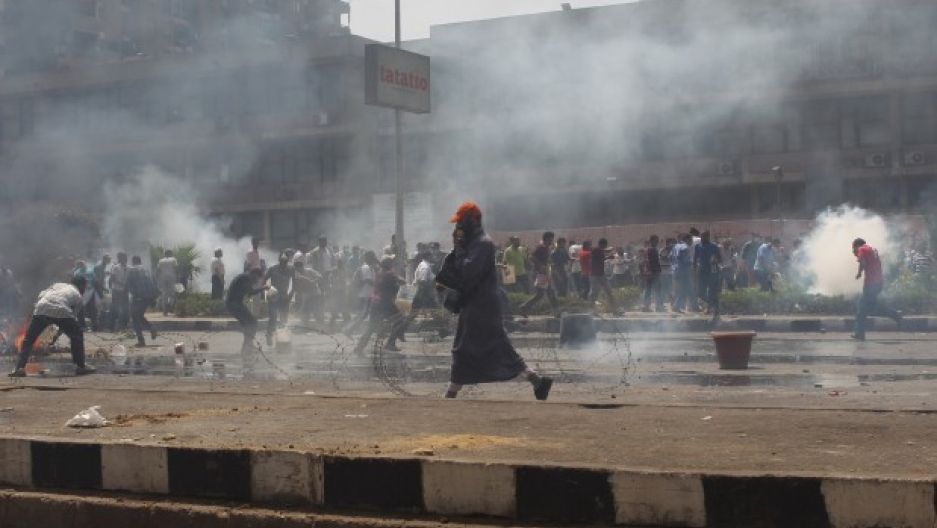 Members of the Muslim Brotherhood and supporters of ousted Egyptian President Mohamed Mursi run from tear gas during clashes with riot police and the army around the area of Rabaa Adawiya square, where the protesters are camping, in Cairo August 14, 2013. At least 95 Egyptians were killed on Wednesday after security forces moved in on protesters demanding the reinstatement of Mursi, and the government imposed a state of emergency as unrest swept the most populous Arab nation REUTERS/Asmaa Waguih (EGYPT - Tags: POLITICS CIVIL UNREST) - RTX12L80

Share
Scores have been killed and many injured in Egypt today after the army went in to clear the camps of supporters of ousted President Mohammed Morsi. Meanwhile the interim government has declared a month-long state of emergency. Anchor Marco Werman speaks with New York Times correspondent David Kirkpatrick about the violence.