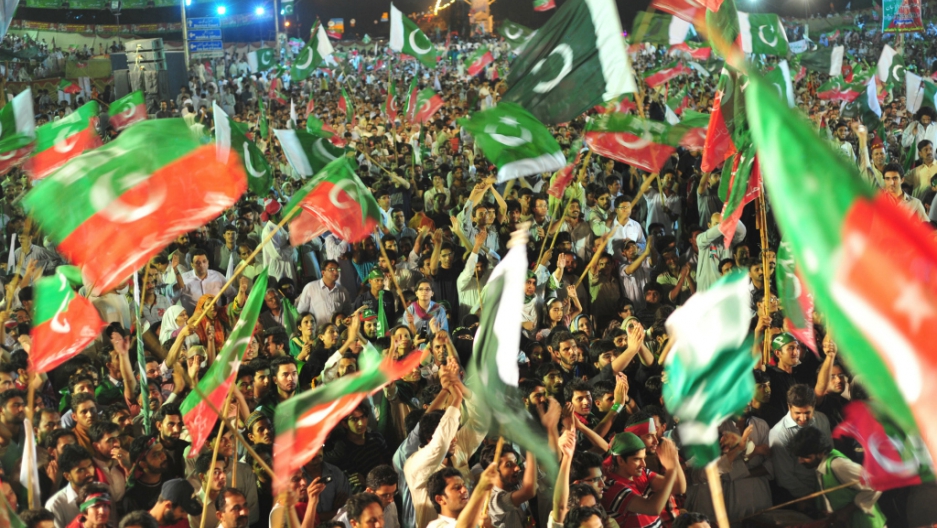 Pop-up shops selling patriotic Pakistani goods have sprung up all over Karachi.

These tiny pins sell for the equivalent of $.04.

But in spite of the apparent nationalism, most people I've spoken to in the last few days say they're unsure that the partition of India was a good move for Pakistan. The 66 years of this country's existence have been tumultuous.

Opinions I gathered varied — some say they're glad the Islamic Republic's government isn't comprised of both Hindus and Muslims, fighting to represent their religious beliefs in legislation. Others say that Pakistan has sacrificed too much in the name of theocracy.

The debates won't be front and center during independence celebrations, however. Instead, August 14 has turned into a day for all of us to celebrate the good things about Pakistan, reveling in stories of the country's embattled conception, the war heroes who helped shape its legacy, and the landmarks that make the country one of a kind.

Hidden among the scrunchies and bracelets is a photograph of Pakistan's founder, Mohammad Ali Jinnah.

It's not so different from Independence Day celebrations all over the world. Stores are chock-full of holiday-themed merchandise, there will be a remarkable free display of fireworks, and television programs will likely feature school children cutely reciting some of Pakistan's most astonishing facts.

For 24 hours, we'll just be another country celebrating its existence.

According to the street vendor hawking them, these bracelets have been selling like hot cakes.