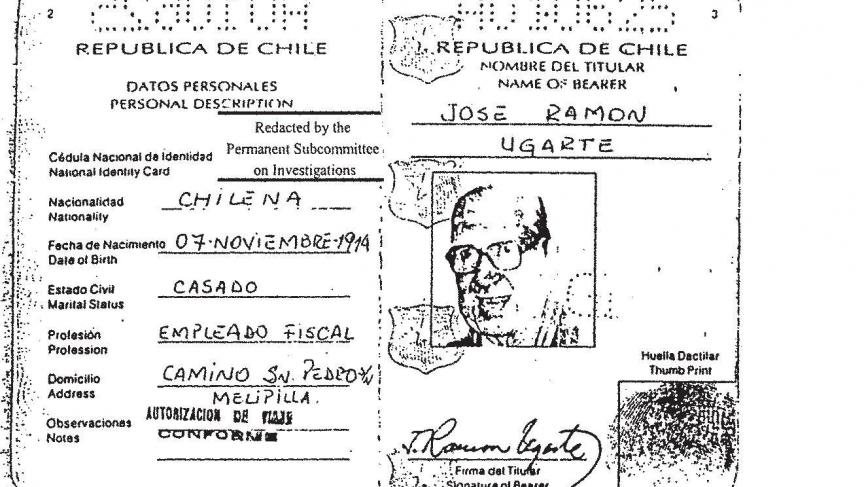 (Courtesy: Peter Kornbluh’s The Pinochet File: A Declassified Dossier on Atrocity and Accountability)

Forty years after the coup that brought Chilean dictator Augusto Pinochet to power, a Chilean judge has closed the book on an inquiry into more than a hundred overseas bank accounts belonging to him.

A nine-year investigation was unable to establish where Pinochet's fortune came from and whether his relatives helped him hide his illicit wealth, according to Judge Manuel Valderrama.

Peter Kornbluh, directs the Chile Documentation Project at the National Security Archive. He recently revised and update his book "The Pinochet File: A Declassified Dossier on Atrocity and Accountability."

Kornbluh explains how the strongman hid his wealth offshore with the help of US-based Riggs Bank.

"They had secret couriers going from Washington to Santiago, Chile carrying bundles of $50,000 checks," Kornbluh says. "In the end, they returned $8 million to him as he was under investigation in Chile for human rights crimes."