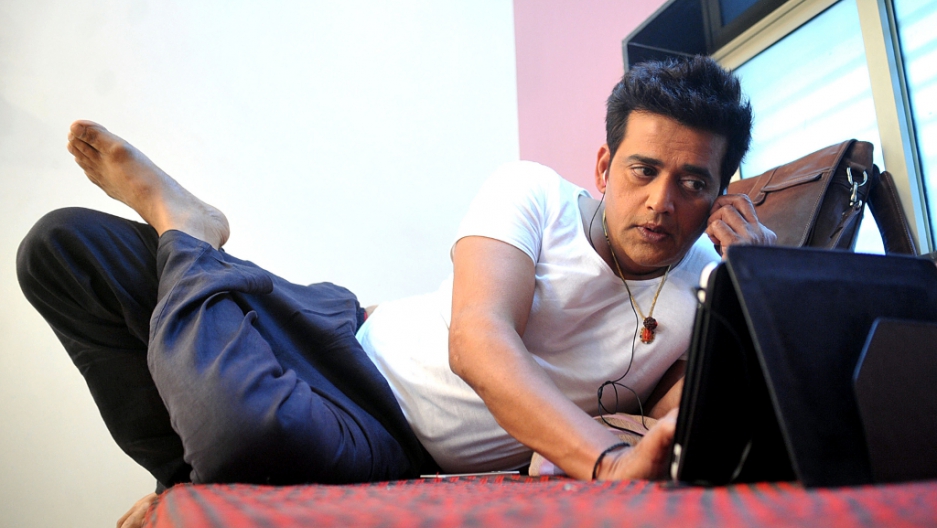 BANGALORE, India — When 30-year-old Krishna Kumar decided to quit his job and launch a tech startup aimed at India's millions of farmers three years ago, he told his boss and his friends.

But he let his parents believe he was happily marching along the corporate treadmill at GE.

After all, by quitting he was giving up a fat salary in return for nothing but a buddy’s $200 loan to jump-start his dream.

“I first quit my job, and then I told them,” said Kumar, co-founder of CropIn Technologies. “Because if I had told them, they would not have agreed on that. They wanted me to get married.”

It's a common refrain across India's startup scene. By striking out on their own to launch risky, idea-based ventures, India's young tech entrepreneurs are defying generations of received wisdom. They're reshaping traditional ideas about the nature of “doing business.” They're turning the economics of the arranged marriage market upside down.

And they're slowly but confidently sparking a revolution in the nerdy world of Indian IT.

“In India, there is a class of people who are only focused on ‘doing business,’” said 34-year-old Debabrata Bagchi, founder of an educational startup called Sparsha Technologies. He was referring to the “Baniyas,” or traders, of the Hindu caste system, who continue to dominate import-export and other buying-and-selling based businesses — at least in the popular perception.

“So that was my parents' basic thought process: Your education, your upbringing has been so that you can become a good doctor or a good engineer, as opposed to a good businessman.”

For the past decade, as Wipro, Infosys and other outsourcing firms have gobbled up contracts from the world's multinationals, software engineers from India's top universities vied with doctors for pride of place at the top of the food chain.

In the classified ads that rule the arranged marriage market, engineers replaced bureaucrats as the most desirable grooms. And, at least in Bangalore, blue jeans, spectacles, a corporate polo shirt and big white sneakers emerged as the local answer to power dressing.

Despite appearances, the established IT services business is inherently conservative. Built on the promise of efficiency, rather than creativity, it's about metrics, repetition, and bodies. Firms depend on fresh code jockeys to generate new revenue.

So it swiftly mirrored the Brahminical values of its pioneers: You study hard, get a degree, get a job, get married, and march happily into eternity.

The startup scene — where today's squiggle on a cocktail napkin is tomorrow's billion-dollar company — is a ticking bomb ready to blow that conservatism wide open.

“I come from a typical Indian middle-class family. Everybody has pretty much always done [an office] job. It took me a couple of years to really get comfortable with the lifestyle. Before I used to really worry ... 'Okay, I only have three months of cash left.'”

One of the biggest hurdles for startup founders is the marriage market, which explains why so many entrepreneurs don't tell their parents they're planning to quit their cushy corporate jobs until after they turn in their badges.

With prospective in-laws scanning resumes, checking salary slips, and grilling grooms like corporate recruiters, a job at a multinational and a monthly paycheck is practically essential for young men looking to get married.

You say you founded a company?

“If you are in a startup, people think that you are not stable, because, technically, you are unemployed,” CropIn's Kumar said. Recently, Kumar's company booked 10 million rupees worth (nearly $165,000) of orders for its farm enterprise resource management software — a milestone investors warned might take decades to achieve in India's agriculture sector.

That's ironic, considering that some of India's most successful startups are matchmaking sites like Bharatmatriony.com (valued around $350 million to $450 million).

But it's had a curious impact on India's startup scene, according to Mukund Mohan, CEO-in-residence at the Microsoft Accelerator in Bangalore, an incubator for tech startups.

Because of the country's high-pressure, deadline-oriented career and marriage track, he says, Indian tech entrepreneurs tend to be a decade older than their counterparts in Silicon Valley. Where as many as a fifth of Silicon Valley founders are software developers, most Indian founders are business veterans with knowledge of a specific domain, like the pharma industry, or a business function, such as sales or human resources.

In other words, in a country best known for its code coolies, until very recently the guys leading the startup revolution couldn't write code.

“The next level is to get this to seep into the colleges and universities,” said Raman Roy, co-founder of the Indian Angel Network. “Typically we get people who are coming out of the corporate environment. But if we can influence students at colleges and MBA programs [to become entrepreneurs right out of the gate] that is what will create the next couple of million jobs in India.”

Change is clearly arriving at some of Bangalore's hot new startups, where hammocks and foosball tables compete with product displays for pride of place. Returnees and second-time entrepreneurs are shaking up the job market with Silicon Valley-style ideas about work culture. Top graduates are beginning to worry less about getting a job and more about doing something exciting.

And delayed marriages are eclipsing love marriages as the biggest threat to the traditional Great Indian Wedding.

Consider Myntra.com, India's largest online apparel retailer, where a fat check from venture capitalists has financed a slick, candy-colored workspace that wouldn't look out of place on New York's Madison Avenue. In the reception area, a mock retail outlet gets a complete redesign every month to remind employees that they're as deep in the clothing business as Benetton or DKNY.

Supermodel silhouettes and murals of Paris and Milan mark the boundaries between departments. Every pillar doubles as a whiteboard for scrawling goals and brainstorming new strategies.

“The office environment is very much driven by the Silicon Valley culture,” said co-founder and CEO Mukesh Bansal, who worked for four US startups over eight years before returning to India to start Myntra in 2007.

“It's important to create an environment with flexibility, casual work environment, the right balance between work and fun, [and] meritocracy. It empowers people. It helps you recruit good talent.”

That's more revolutionary than it sounds.

Though the IT services business has already cut through some of the rigidness, the work culture in India tends to be more formal than in the United States. And although the private sector generally emphasizes performance over time served, elements of the state sector's dogged adherence to “seniors” and “juniors” still creep in.

Across town at Amagi Media Labs, the atmosphere is even more relaxed. An innovative company that has disrupted the broadcasting and advertising businesses with software allowing broadcasters to bypass satellites and beam TV content directly to cable operators over the internet, Amagi has eliminated job titles.

Everybody in the company, from the “tea boy” ubiquitous in Indian companies on up, gets the equivalent of 10 percent of his salary to invest in something he thinks will help the business, no questions asked. And because even a company of equals needs business cards, employees get to write their own job descriptions, such as “I have both the dream and the means to make it come true! Marketing with a twist of lime is what I do.”

“Hiring has become a lot easier now, because people are a lot more open to joining startups,” said K.A. Srinivasan, who founded a startup called ImpulseSoft in 1999 before starting Amagi Media Labs along with two partners in 2008. “In ImpulseSoft, we have gone and convinced uncles that, yes, you can let your nephew join ImpulseSoft. We will make sure he gets married.”

“Now, the aura around services companies has faded. The Infosyses and the Wipros are no longer the attraction for engineers graduating from a good college,” Srinivasan added. “The confidence of guys who have spent two, three, four years working is dramatically different. They're no longer looking up to their parents for advice.”