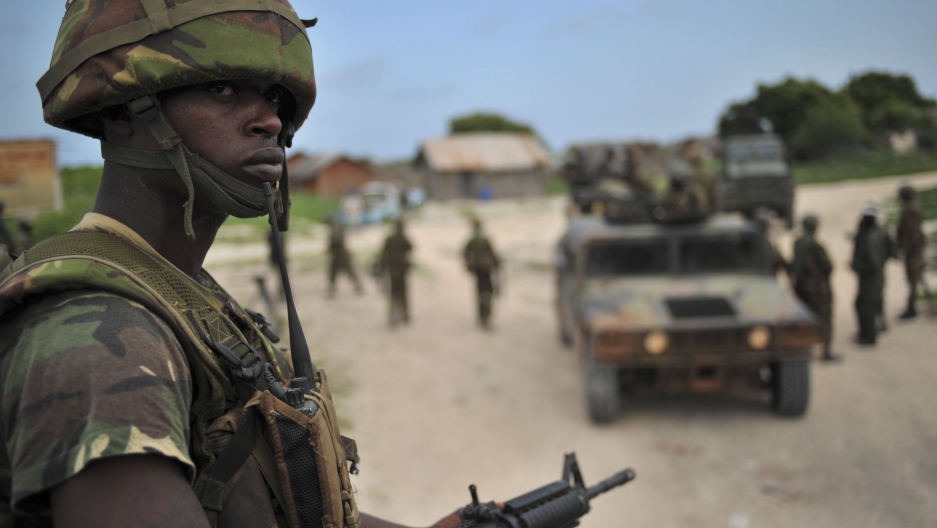 Hundreds of Kenyan troops crossed into neighboring Somalia in October to pursue the hardline militants it blames for a spate of attacks and kidnappings inside Kenya's borders.
Credit: CARL DE SOUZA
Share

"The two, Edward Yesse Mule, a district officer in Burder division, and Fredrick Irungu Wainaina, registrar of Persons, Wajir South District, have now rejoined their families and in sound health."

More from GlobalPost: Al Shebaab extremists kill two of their own chiefs

Mule and Wainaina were eating their evening meal when they were abducted at the Gerile AP border post about a year and a half ago. During the attack, four policemen, one civil servant and one civilian were killed, while three people were kidnapped.

Details of the whereabouts of the third person abducted have not been given.

Efforts to bring them home were not initially successful because the government refused to negotiate with terrorists and the militia group also stood its ground regarding its demands. Al Shebaab wanted to release of all "Muslim prisoners being held in Kenya over terrorism charges" in exchange for the release of the two officials.

No other details have been given about their release at this time.

An unknown number of Kenyans, including police officers and armed forces personnel, are still being held by Al Shabaab in Somalia.