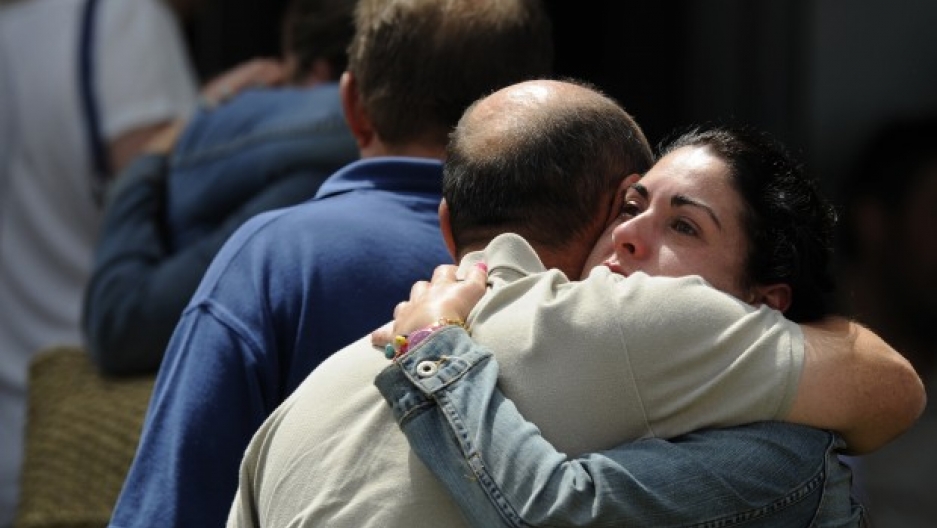 Relatives of one of the victims of a train crash comfort each other in Santiago de Compostela, northwestern Spain, July 25, 2013. A train derailed outside the ancient northwestern Spanish city of Santiago de Compostela on Wednesday evening, killing at least 78 people and injuring up to 131 in one of Europe's worst rail disasters. REUTERS/Eloy Alonso (SPAIN - Tags: DISASTER TRANSPORT) - RTX11YF6

Share
The government in Spain has declared three days of national mourning, after last night's train derailment in the northwest region of Galicia. Dozens of passengers were killed, many were injured. Anchor Carol Hills gets the latest from reporter Gerry Hadden in Spain. Video posted online appears to show the moment the train derailed.