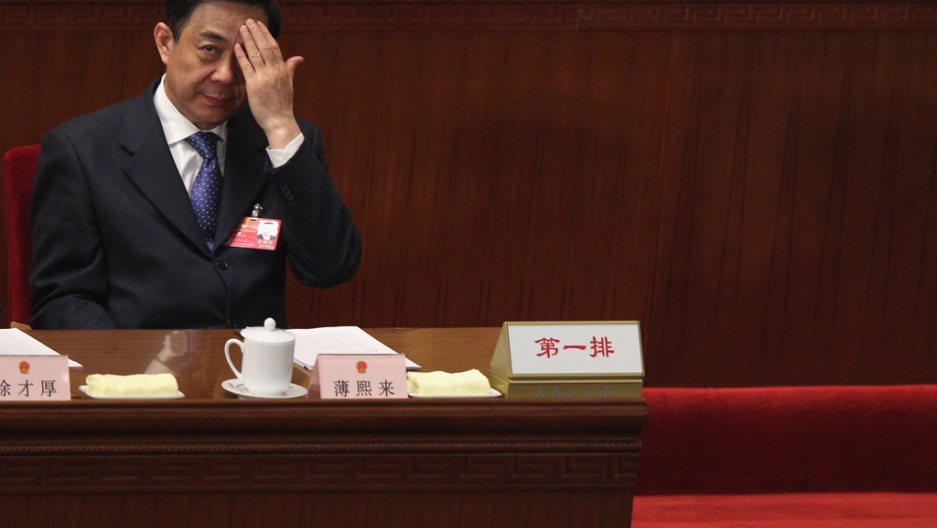 Bo Xilai attends the National People's Congress on March 9, 2012 in Beijing, when he was Communist Party secretary for Chongqing. He has since been ousted and charged with a long list of crimes, in China's biggest political scandal in decades.
Credit: Feng Li
Share

Bo, 64, could appear in court within weeks, in a trial seen by many as a test for legal reform and President Xi Jinping's commitment to combat corruption.

According to Xinhua, the former Communist Party secretary of Chongqing municipality stands accused of taking advantage of his position as a civil servant to seek gains for others.

He accepted large bribes in the form of cash and property, alleged the indictment delivered Thursday to the Jinan City Intermediate People's Court in China's eastern Shandong province. He is also accused of embezzling a large amount of public money, Xinhua wrote.

The Wall Street Journal cited an internal document issued by the Communist Party's General Office as saying that Bo would be tried on charges of taking 20 million yuan ($3.2 million) in bribes via his wife, embezzling 5 million yuan ($815,020), and abusing his office.

The main source of the bribes was Xu Ming, a billionaire from Dalian, the northeastern city where Bo had been mayor, the New York Times reported.

Once listed by Forbes magazine as one of the 10 richest people in China, Xu has since been detained and is expected to be criminally charged, the Times wrote.

Under Bo's tenure, Chongqing racked up huge debts in the name of his popularist policies, including transport infrastructure, social housing and construction projects. He reportedly remains popular among the Yangtze River city's 32 million people, who now live in one of the world's fastest-growing urban areas.

The WSJ said that the trial, expected to be held quickly, was "expected to be the final set piece of a scandal that exposed alleged corruption, abuse of power and bitter rivalries within China's political elite."

It marred last year's rare shake-up of the party's top leadership, and Xi, who formally took power in March, was reportedly eager to put the Bo scandal behind him as he faced the task of rebalancing of the world's second-largest economy.

Xi has declared he will crack down on corruption among senior officials.

Bo was removed from his Chongqing post in March 2012 and later expelled from the Communist Party and its elite 25-member Politburo.