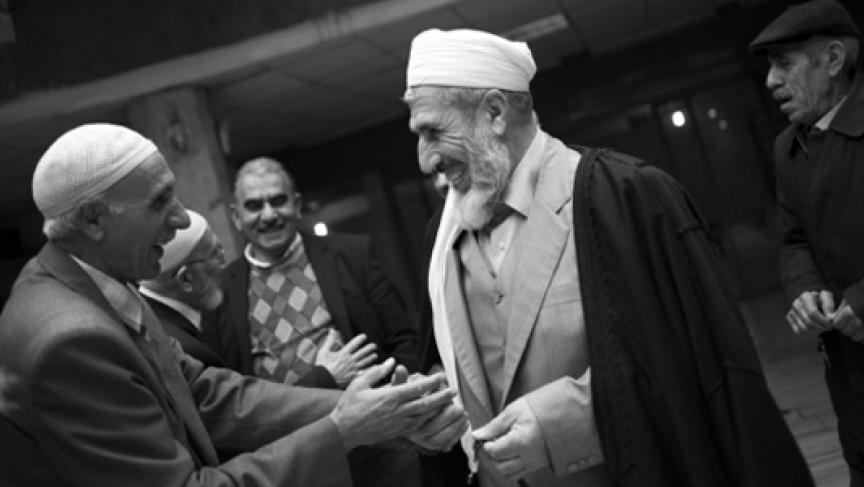 In Turkey, hopes are high for peace and settling one of the region's most tenacious conflicts. The Kurdistan workers party, or PKK, has been fighting the Turkish state for autonomy for 30 years. The conflict has left 40,000 dead. The government says the time is right for peace. But Turkish Prime Minister Recep Tayyip Erdoğan has personal ambitions as well. He wants to create a strong presidency, a la Russia's president Vladimir Putin. And to get it, he'll need the Kurds' support.

After decades of conflict, the Turkish government and Kurds are finally sitting down to talk. All agree that a new constitution is needed.  Kurdish politician Hayri Atesh says Kurds simply want equal rights.

“The definition of citizenship needs to be rewritten,” he says. “State institutions should not treat Kurds differently because of their ethnic identity. The definition of Turkish citizen in the needs to include everyone equally.”

The new constitution, though, could come at a price. In return for new found Kurdish rights, Prime Minister Erdoğan is expected to demand that Kurdish politicians support a change in presidential powers. Erdoğan has called the current separation of state powers an "obstacle to Turkey's development." So a constitutional change giving Kurds more rights, could mean giving Erdoğan more clout though Atesh denies it.

“We are strongly against the presidential system proposed by Erdoğan's AK Party,” he says. “If there will be a presidential system, it should be like the United States. The form of government Erdoğan is asking for, is authoritarian.”

Politicians like Atesh know they are stuck between the demands of the ruling AK Party and their constituents. Kurds, who make up some 20 percent of Turkey's population, have long been oppressed in Turkey and it won't be easy for them to forget that.

A good example of the problem is Diyarbakir's notorious prison number 5. The crumbling concrete facade, barbed wire, sandbags and soldiers symbolize the brutality.

Activist Gani Alkan spent eight years there. Like thousands of Kurds, he was never accused of any violent act. Alkan says he still feels terror whenever he sees the place.

“They tortured us on behalf of something called ‘Turkishness,’" he says. “They tried to force us to assimilate and become Turks. They made us learn more than 50 nationalist Turkish military songs, which were all racist and 'patriotic’ about ‘how happy is he who calls himself a Turk.’”

Alkan and fellow activists say Kurds’ very existence has threatened the national myth that every citizen of Turkey is an ethnic Turk.  So changing the constitution isn’t enough. Recep Seftalidali says Turkey needs to "cleanse its national soul."

“For our wounds to heal, the entire official ideology of the state needs to change,” Seftalidali says. “They need to understand why it's unhealthy.  Until that happens, it won’t be possible to heal these wounds.”

It is a tall order. Many Kurds distrust the Turkish government, regardless of who is in power though more conservative Kurds do back Erdoğan because of his party's appeal to the Kurds' and Turks' common denominator: Sunni Islam.

Kurds tend to live in the more traditional and religious southeast of the country, something like the "red states" of Turkey. Erdoğan's AKP is an Islamic party, Turkey's most successful religious party ever, so its message resonates among many conservative Kurds.

But the divisions are still strong even among believers. In an underground shopping center, Kurds hold their own Friday prayers, rejecting the official state-controlled mosques. Retired Kurdish imam Muhittin Eryilmaz says the government has long used imams like him to control Kurds.

“They cannot speak about the brutality and the oppression because it's forbidden,” he says. “They know all about it, but don't dare to speak.”

Religion clearly doesn't win over all Kurds. But the International Crisis Group's Hugh Pope says the government has another strong card to play - economic development.

“If it has an ideology, it is probably to build the maximum number of shopping centers in Turkey and join them up by double carriageway highways, as a prosperity agenda,” Pope says. “And that has had a major impact on all cities of Turkey including those of the Kurdish-speaking southeast. That created a middle ground in all those Kurdish cities. It created a real voting base for AKP among Kurds.”

An example of the same is the restoration of the ancient citadel in Diyarbakir, which is meant to attract tourists to this ancient Mesopotamian city. There will be a puppet theater, tourism information center, gift shop and museum. But the walled complex also once housed the headquarters of the feared counter-intelligence forces, which brought Kurds here for interrogation, torture and imprisonment.

And just as the prime minister prefers not to address the wrongs of the past, this tourist complex won't mention the recent horrors.