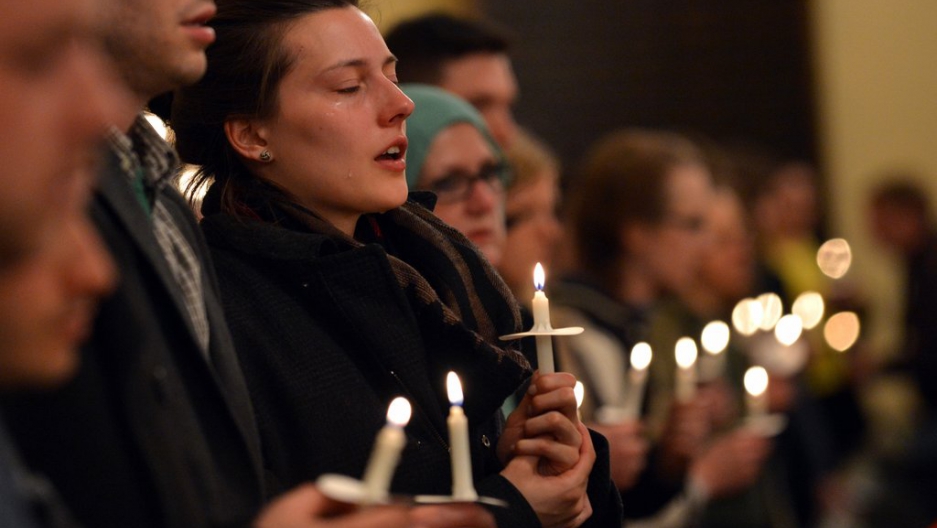 A woman cries during a candlelight interfaith service at Arlington Street Church April 16, 2013 in Boston, Massachusetts, in the aftermath of two explosions that struck near the finish line of the Boston Marathon on April 15.
Credit: Stan Honda
Share

A New York woman allegedly collected a fraudulent $480,000 claim from a charity set up to benefit victims of the April Boston Marathon bombing.

Gause claimed she had suffered a traumatic brain injury as a result of the April 15 bombing, then filed a fraudulent request to the One Fund Boston, which has raised more than $64 million for victims.

Three people were killed and 264 were injured in the blasts.

Authorities started investigating Gause, who appears in a court photograph in the New York Daily News, after receiving information that she may have not been in Boston during the marathon bombing.

"By doing this, she was stealing money from the real victims of the marathon bombing, and from the people who gave so generously to help them."

Gause is the second person charged with defrauding the fund, after a Boston man allegedly submitted a $2 million dollar fraudulent claim on behalf of his aunt, who had been dead for more than a decade.

About 250 people have applied for money from the One Fund charity, managed by arbitration attorney Kenneth Feinberg who also oversaw compensation for victims of the 9/11 attacks and the Aurora, Colorado theater shootings.