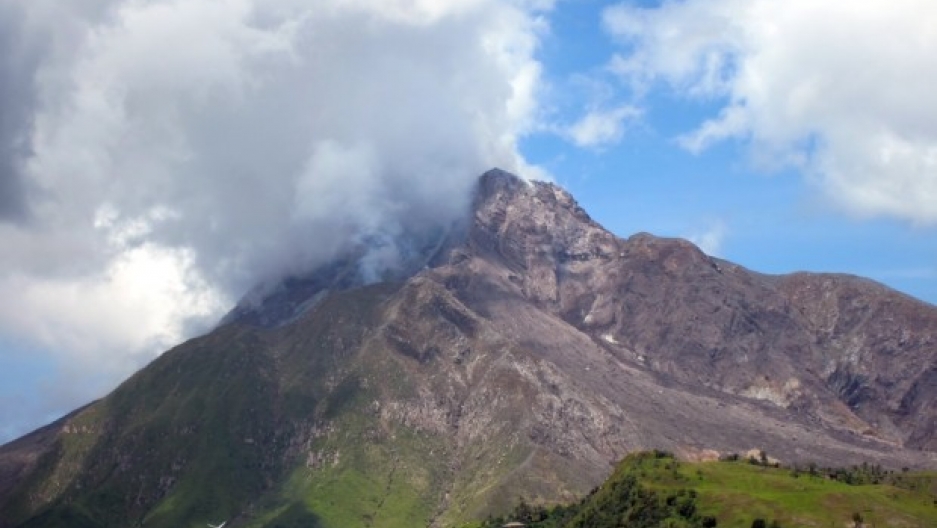 For the Geo Quiz, we are looking for the home nation of the artist Arrow, known for the song "Hot Hot Hot." The nation is down below Puerto Rico and next to Antigua. It is an island that is currently 10 miles long and 7 miles wide. But it is growing larger because of a volcano on its southern half that erupted 18 years ago.

The pyroclastic flows buried the capitol, Plymouth, and have been swelling the southern tip ever since. But the northern side of the island is still a verdant tropical paradise. Can you tell us the name of this island, named by Columbus for an Aragonese monastery?

The answer is Montserrat.

The island is an overseas territory of the UK ad the British national anthem is not going away, but since the population was mostly evacuated or relocated to the northern part of the island, there has been an ongoing process of re-establishing a national identity.

And that includes finding a national anthem as for certain events, the government of Montserrat would like a tune that speaks to national pride. So they have a competition going on to choose a national anthem.

Anchor Marco Werman speaks with Justin Cassel from Montserrat's national radio station about the ongoing contest to find a national anthem for the tiny nation. He chairs the song search committee.