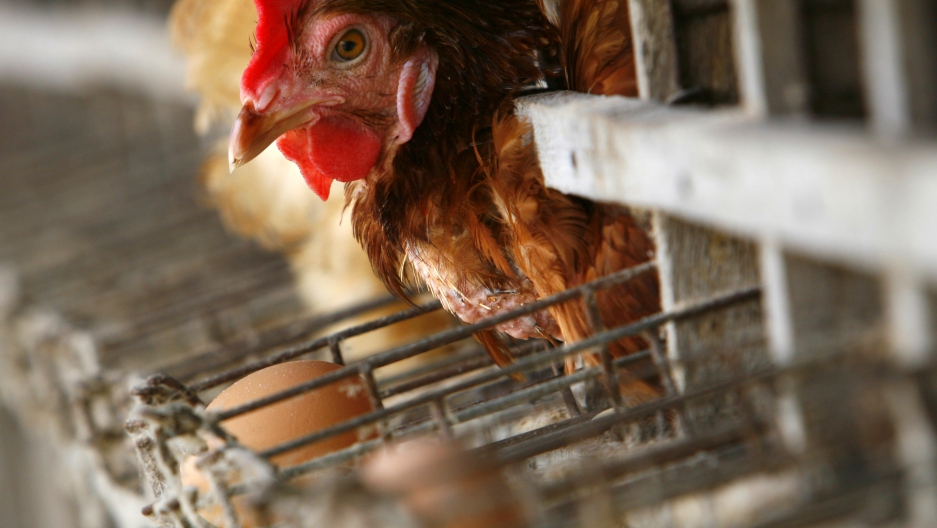 SUPHANBURI-THAILAND-JANUARY 27: A chicken peers out of its cage at the Sanoh chicken farm January 27, 2006 in Suphanburi, Thailand.
Credit: Paula Bronstein
Share

Cambodia's outbreak of H5N1 avian influenza continues apace as the summer wears on, with a 3-year-old boy becoming the 14th victim this year and the 35th case confirmed in the Southeast Asian nation since records began to be kept.

The Cambodian Ministry of Health has deployed a rapid response team to Prey Veng's Kampong Trabek district to perform "contact tracing" or mass testing of everyone who came into contact with the recently diagnosed 3-year-old boy, including both family and neighbors, according to the World Health Organization (WHO).

The boy is currently in stable condition at the Kantha Bopha children's hospital in Phnom Penh. He was likely exposed to sick or dead poultry in his village prior to developing the illness.

Officials will be carefully monitoring everyone who could potentially come down with the disease, while the government will continue public information campaigns meant to inform Cambodians about the potential risks and transmission methods of H5N1.

Poultry on the go and an increasingly urban Khmer society are probably to blame for the disturbing uptick in cases this year, said WHO spokesman Sonny Krishnan in an interview with GlobalPost.

"Contact between humans and poultry seem to be increasing because of the proliferation of peri-urban areas, mainly due to the rural-to-urban migration," he said. "Poor households keep poultry to supplement their household income, through the sale of eggs."

Although neighboring Thailand and Vietnam are subject to H5N1 as well, these two nations carefully control the cross-border movement of both eggs and live poultry, which keeps the communicable disease under better control than in poorer Cambodia.

Avian influenza has been an issue in Cambodia for years, but 2013 has seen the highest number of deaths in a single year and the largest number of cases ever recorded, according to the WHO's Krishnan.

Many victims die because they are taken to the hospital too late, and most are young: of 35 confirmed cases, 24 took place in children. Out of the fourteen cases recorded this year, only five victims survived.

Travelers eager to see Angkor Wat during their summer vacation don't need to be too concerned about themselves or their childen catching a case of bird flu in Cambodia.

"There is no evidence of human-to-human transmission of H5N1 human avian influenza," says Krishnan. "The advice remains the same: keep your children away from poultry when visiting rural areas, and do not allow them to play with chickens or ducks."

H5N1 first emerged in Hong Kong in 1997 and has spread throughout the world since, with high-profile outbreaks in 2003 and 2004. With a much higher fatality rate than that seen from garden-variety seasonal influenza, health officials continue to be concerned that H5N1 could potentially create a human pandemic if not properly managed.