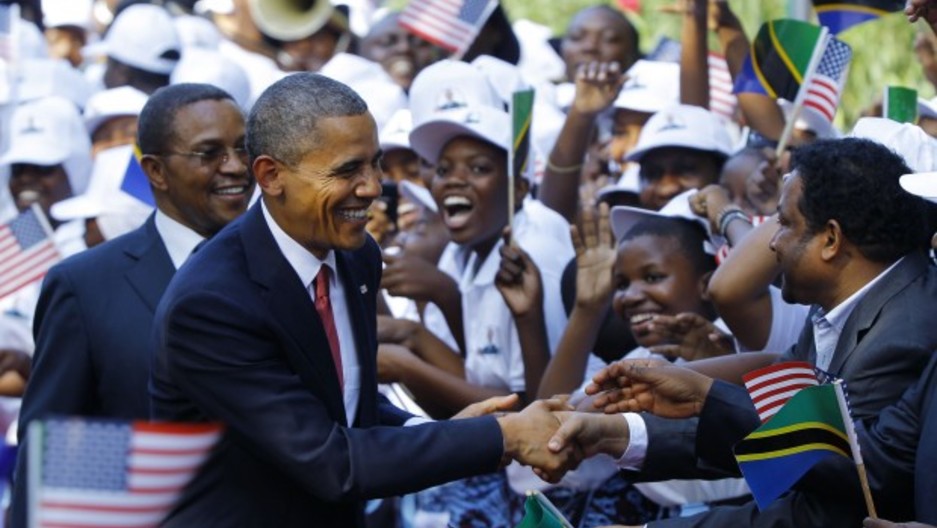 U.S. President Barack Obama and Tanzania's President Jakaya Kikwete (L) greet Tanzanians during an official welcoming ceremony in Dar Es Salaam July 1, 2013. Obama is seeking to build a new U.S. economic partnership with Africa as he visits Tanzania on Monday at the end of a tour of the fast-growing continent where Washington faces competition from China. REUTERS/Gary Cameron (TANZANIA - Tags: POLITICS) - RTX118O1

Share
Massive crowds cheered President Obama as he arrived in Tanzanian Monday on the last leg of his week long Africa sojourn. The local applause for the superpower visit may be enthusiastic, but when African entrepreneurs have looked for a partner to spur economic growth in recent years, China, rather than the US has been the one offering a helping hand. That might be about to change in some sectors, says author Howard French. "There's a belated dawning of awareness in the United States that in the last five to eight years or so that China has made incredible inroads in Africa, essentially operating in a competitive vacuum," French notes. He says US firms have begun to realize they are well-positioned to collaborate with African countries on major infrastructure projects like creating a reliable electrical grid. "Problems like these cater almost perfectly to the competitive advantage of the United States," French says. "Companies like GE, for example, that sell turbine equipment and made their name wiring municipalities or countries for power distribution could do huge amounts of business there if there was some constancy of attention and focus, and the right sort of diplomatic attention from the United States." Howard French is the author of the forthcoming "China's Second Continent: How a Million Migrants are Building a New Empire in Africa." He's a former Africa correspondent for the New York Times.