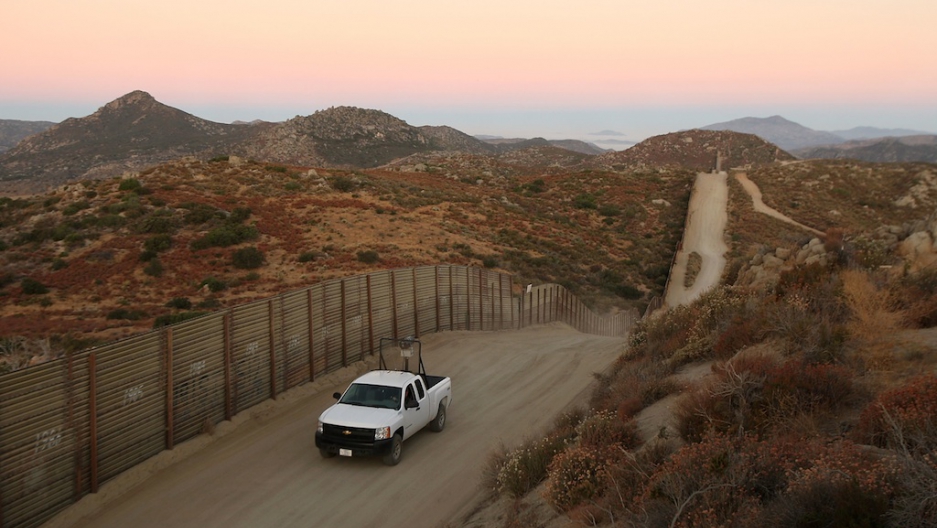 MEXICO CITY, Mexico — The US immigration reform bill that would dramatically beef up border security has forced Mexican officials to break cover and issue a loud complaint that may prove counterproductive.

On Thursday, a strong majority of senators passed the bill, which would set up a pathway to citizenship for many immigrants who entered the US illegally. However, it faces strong opposition by House Republicans, who have promised a fight.

But the legislation also calls for a "border surge" — a plan to earmark some $46 billion to double the size of the US Border Patrol and to build some 700 more miles of anti-migrant fencing along the US-Mexico border.

That is too much to bear for President Enrique Peña Nieto's government.

“Mexico is convinced that our public policies should be coordinated and should recognize the importance of the border for competitiveness, job creation and the social well being of both countries," Mexican Foreign Minister Jose Antonio Meade said in a statement Tuesday.

"We are convinced that fences don't unite,” Meade said, “they are not the solution to the immigration phenomenon and they don't jibe with a modern and secure border. They don't contribute to the development of the competitive region that both countries seek to promote."

Unlike his predecessors, who often weighed in to demand better treatment for the estimated 6 million Mexicans living without legal status north of the border, Peña Nieto has kept mum during the immigration reform debate in Washington. He said during President Obama's visit to the Mexican capital in early May that the reforms were a US matter.

Pro-immigration advocates have said that's a smart policy for Peña Nieto to pursue, given the intense opposition to reform among many US lawmakers and their constituencies.

“This is a domestic issue we have to settle,” Doris Meissner of the Migration Policy Institute in Washington, DC, who served as the chief US immigration official under President Bill Clinton, said during a recent visit to Mexico City. “This has to do with our future, our labor market, our values.”

More from GlobalPost: Why this Mexico doctor sleeps with a loaded gun

Former President Vicente Fox a dozen years ago had barnstormed the American heartland for comprehensive US immigration reform, what he and his aides called “the whole enchilada” that would provide for a free flow of labor to match the North American Free Trade Agreement.

But that effort was derailed by concerns for US border security after the Sept. 11 Al Qaeda attacks on the United States. Felipe Calderon, Peña Nieto's immediate predecessor from a major rival party, often complained of perceived or actual mistreatment of Mexican nationals in the United States.

Many Mexicans and their government in particular have long been opposed to the border fence. It’s made it far more difficult for migrants to illegally cross the border and at the same time often channeled them into more dangerous crossing points.

For instance, the lack of fencing along a stretch of the Rio Grande in far South Texas has led that area, up and downstream from the city of McAllen, to become a favored crossing point. But the area is a fiefdom of brutal criminal syndicates that in recent years have taken to kidnapping migrants and ransoming them to frantic relatives.

Officials accuse the Zetas drug gang, which is battling for control of towns upriver from Reynosa, of murdering 72 mostly Central American migrants on a farm about 90 miles south of Reynosa in August 2010. They say the killings were sparked by the Zetas’ efforts to collect quotas from the migrants' handlers.

Mexican immigration has dropped sharply in recent years as the border fence has been built, the gangsters have become more brutal and the US economy still struggles to rebound from the Great Recession. The US Border Patrol detained about 1.6 million undocumented border crossers in 2000 and little more than 260,000 in 2012.

Still, waves of would-be migrants, including tens of thousands from Central America, continue flowing to the US border, particularly in South Texas.