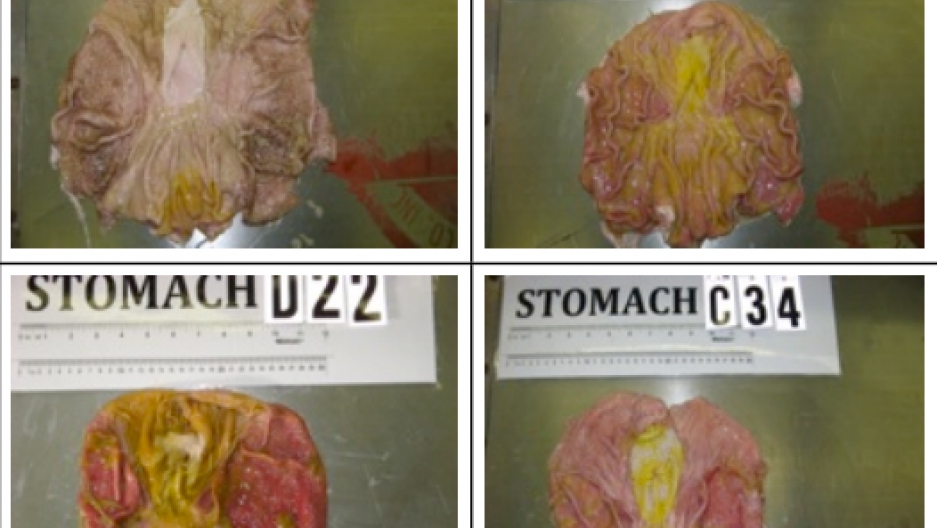 A new study by a team based at Flinders and Adelaide universities in Australia has found troubling results relating to the health effects of commonly used hog feed that contains genetically modified corn and soy.

Researchers found a statistically significant increase in severe stomach inflammation; about 2.5 times higher in the pigs that were fed the engineered grains compared to the non-engineered grains. Additionally, the weight of a pig's uterus was 25 percent larger for GM-fed pigs, an issue which can lead to problems with a pig's reproductive or hormonal system, said Michael Hansen, Consumer's Union Senior Staff scientist.

In a statement, the Biotechnology Industry Organization, a trade group that represents more than 1,000 biotech companies, called the research "junk science."

"The researchers failed to mention in their conclusion that there are more pigs with inflamed stomachs that had eaten the non-GMO diet," they said. "Such inflammation is common in animals with high feed intake or that has been finely ground.”

"It does appear that there is something here. It was a statistically significant effect, it does follow up on previous research. Maybe we should look further." Hansen said.

More than 10 years ago, Jerry Rosman, an Iowa farmer, had pigs whose severe reproductive problems were alleviated once they stopped eating GM products, Hansen said.

That said, the biotech industry has conducted previous studies about GM pig feed that have found results contradictory with the Australian study. Those tests, though, sometimes sampled as few as 10 pigs. Hansen says they also weren't conducted rigorously enough to be taken seriously. Biotech companies often run and fund these studies themselves, potentially giving researchers undue reason to not find issues with GM food, he said.

"The folks that tend to find problems are often getting independent funding. They’re not getting funding from the companies." Hansen added.

The Australian researchers partnered with Iowa pig farmers to conduct their study and published the results in the Australian Journal of Organic Systems.

Moving forward, Hansen said he wants to see the study repeated. At the same time, he would also like to raise awareness about GM consumption in the United States.

"We also need to pass mandatory labeling laws so that people can make decisions for themselves on whether they want to eat these foods," Hansen said.

Connecticut on June 3 became the first state to pass a bill requiring the labeling of foods with genetically modified ingredients.

“This bill strikes an important balance by ensuring the consumers’ right to know what is in their food while shielding our small businesses from liability that could leave them at a competitive disadvantage,” said Connecticut Gov. Dannel Malloy in a statement after the bill was signed.

More than 20 other states are now considering similar legislation.