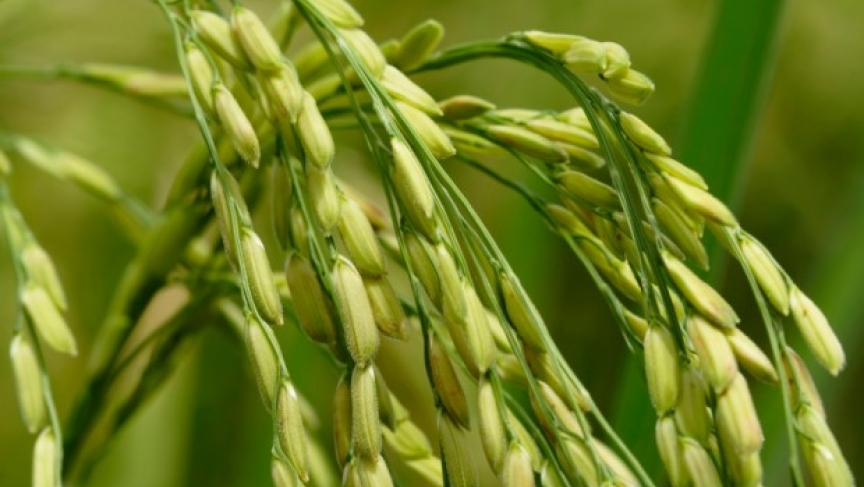 The System of Rice Intensification promises higher yields at a lower cost than conventional growing methods. It has been spreading quickly in India, but farmers in many other countries have been reluctant to adopt it. Social scientists are studying why certain technologies catch on in some places and not in others.

There are lots of promising innovations in sustainable farming tools and methods out there these days, but they're often slow to catch on among small farmers.  Guest blogger Shane Bryan says societies need to focus not just on producing better tools, but also on creating an environment in which those tools are truly useful.

Imagine you’re a farmer in a developing country and I come to you with a way to double or even triple your yield while saving you money on seeds and fertilizers. You’d probably ask, “what’s the catch?” Let’s say you’ll need to spend as much as 50 percent more time managing your crop—planting at just the right time, making sure there’s adequate water, weeding more often. Remember, the reward is two or three times the yield and maybe a little financial savings, even accounting for your additional labor.

If you said you’d be willing to give it a try, you’d be among a small minority of farmers. Surprised? So were researchers in Madagascar investigating a rice-growing method called the System of Rice Intensification (SRI). SRI originated in Madagascar and has been gaining popularity in many parts of the world (including India, the subject of a story in The World’s “What’s for Lunch” series). But in one study, despite intensive promotion, only a quarter of Malagasy farmers surveyed had tried SRI, and of those, nearly half were no longer using it.

Why does such a “can’t miss” technology fail to catch on? That question has puzzled researchers all over the globe, not only in the case of SRI.

The answers vary across regions and crops, but a few factors stand out. Those include bad roads, a lack of financial services (credit, insurance, and savings) and inadequate access to information. Put another way, farmers often live on islands, isolated from the resources they need to make technological progress attractive.

Let me make you the same offer again—a new production method to double your yield—but now let’s assume that there’s no way for you to get the extra produce to the nearest town or city (or that if you can, the transport costs are so high that by the time you get it there you’ve lost all your gains). Or that you need to hire someone to help with the extra work, but without access to a bank you can’t afford to pay that person until after you sell your harvest. Or that the new method is complicated, but you can’t read the brochures, extension workers are seldom available, and you don’t have a safety net in case you fail. Are you still willing to try?

As we’ve seen in the “What’s for Lunch” series and the larger “Food for 9 Billion” project", there’s a steady stream of exciting new methods for increasing productivity, improving resilience against climate change and reducing the strain farming puts on water, land and other resources. For policy makers, these sorts of innovations may seem like the key to sustainably feeding the planet. But low-income farmers have other things to worry about—like feeding their families, avoiding debt or guarding against catastrophic losses. Those two sets of concerns may not always align.

That’s why societies need to focus not just on producing better tools, but also on creating an environment in which those tools are truly useful.

But how? No single strategy is appropriate everywhere, but we can make a few generalizations. Governments and others need to invest in all-season roads, storage facilities, extension, communications, education, and financial services. At the same time, farmers can get organized. Cooperatives and other groups have much better access to credit, equipment, transport, storage, and markets where they can buy needed inputs and sell their produce.

And some technologies enable others. Cell phones let farmers communicate with traders and learn about prices and demand in distant markets. Internet connections, despite a number of obstacles, can provide access to information about everything from weather conditions to new crop varieties to what farmers elsewhere are trying.

We often hear that low-income farmers are “risk averse,” but that’s not necessarily true. Like all of us, they’re averse to uncertainty. You can’t assess the risks and benefits of a new technology unless you understand it. When farmers are well informed, they aren’t just more likely to adopt new technologies—they’re also more inclined to adapt them to their own needs. That’s a key to making them stick.

The bottom line? No matter how clever or powerful a technology may be, it won’t take root unless the conditions are right. Ask any farmer—even the best seeds won’t flourish in barren soil.

Shane Bryan is a food policy researcher at the International Potato Center in Lima, Peru, where he’s working on a project titled “Institutional Constraints to Adoption of Agricultural Innovations.” He also contributed to the “Food for 9 Billion” World Food Map.