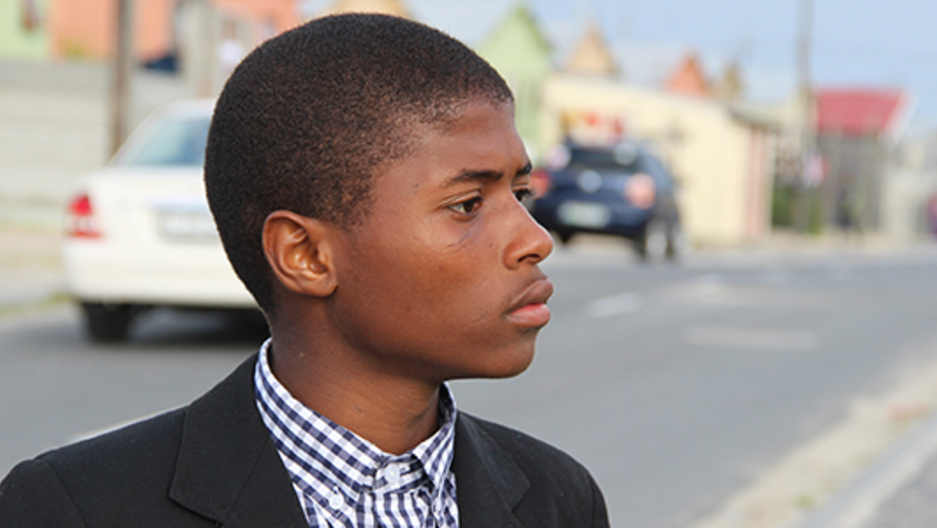 On the first day of school at the Centre of Science and Technology (COSAT), in January, I asked some students whom I should interview. They led me straight to a boy who was leaning against a brick wall. He was small but had an air of confidence.

Sivenathi – Sive (see-vay), for short – was clearly well respected at school. He had just been selected for a prestigious leadership program and was about to travel to Colorado and Washington, D.C. He was thrilled about the opportunity. 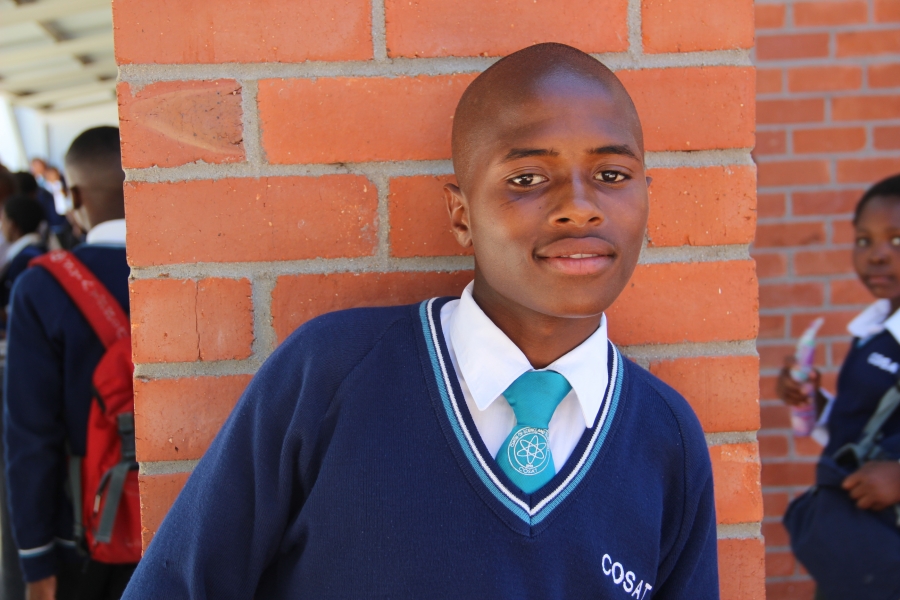 A few weeks later, I met with Sive again. I was curious to learn more about his family.

He said he came from a difficult background. “Most of my family is uneducated. My mom’s HIV-positive, and I don’t have a father.”

His father died six years ago and had never been involved in Sive’s life. His mother, he said, suffers from a serious mental illness that makes her unable to work. One older brother isn’t around, and the other isn’t very responsible. So Sive has basically been taking care of his family – and their home – for years.

He said his upcoming trip to the US would be a great learning opportunity – and a welcome respite.

“The United States trip will be like a vacation to me,” he said.

After Sive returned from the US, I sat down with him at his home – a three-room cement house in a low-income area outside Cape Town.

He showed me pictures from his trip on a computer screen – photos of the White House, the Lincoln Memorial, even his hotel room. It was the first time he had stayed in a hotel.

Sive participated in workshops with other young African leaders, and he met all sorts of Americans – including some elderly African American men. They told the group about their childhoods and what it was like to be an African American during the civil rights era.

Sive said the trip transformed him. He now dreams of being a doctor or ending global warming – maybe both. And he wants to work with people from different cultures.

Just a few days after he got back from the United States, while still riding a high from the trip, Sive’s life took a sudden turn.

His mother’s health was getting worse. Doctors discovered that she was anemic and had a wide range of other problems. Sive checked his mom into the hospital and visited her regularly.

Then, two weeks ago, he got a phone call. His mother had passed away.

I met up with Sive at a place he goes to cope with his stress. It’s a sandy ridge at the edge of his neighborhood, where garbage is tangled in clumps of wild grass. From a certain spot, he can glimpse the ocean. 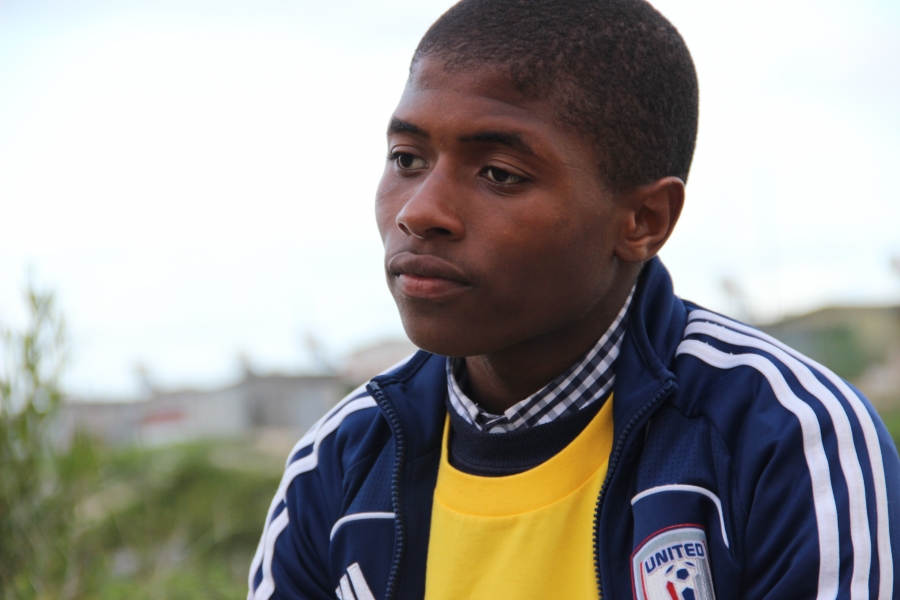 Sive visits this quiet area at the edge of his neighborhood when he feels stressed. (Photo: Anders Kelto)

Sive said he was probably the last person to see his mother alive, because other relatives rarely visited her in the hospital. He said her death meant he would never achieve one of his lifelong dreams.

“I always had a dream that I [would] be the one take my mom out of this suffering,” he said. “My latest dream is that I wanted to take my mom to the US.”

He said his mother’s death has made him even more determined to get a good education and achieve his dreams – and to get out of his impoverished community.

“I want to live a good life. I don’t want to live the life that my mom lived – to suffer. Right now, I just want to pass my exams.”

His high school was having midterms – and he had chosen not to defer them. But at the moment, he couldn’t study. He had to deal with the logistics of life and death.

Sive headed to a corner store. He walked along a gravel road, past rows of matching houses and children playing soccer.

With his mother gone, Sive said his 19-year-old brother should become the family head. But Sive said his brother isn’t very responsible, so Sive expects to be the one making decisions – if his brother doesn’t change.

At the store, Sive bought a loaf of bread. I asked how he and his brother are going to get by, financially.

His mother had been getting a disability grant from the government – about $120 a month. Now that money will stop coming in. Money from her life insurance is going toward her funeral.

So, for now, Sive’s only income is a small child welfare grant and some cash he makes working at a bakery on Saturdays.

Back at the house, Sive’s brother was painting the living room. He said he wanted it to look good for when people came to pay their respects. Neighbors and friends were stopping by each night during the week.

Standing on his front step, Sive said all this cleaning and hosting was taking up a lot of his time – and so was another obligation.

“There are people that don’t know yet about my mom, so I have to go and tell people that my mom passed away,” he said.

He’d have to go around the township on foot – because none of the people he was contacting use email, and he didn’t have their phone numbers.

With so much to do, and so much change happening, Sive was incredibly stressed. He didn’t know when he’d have time to prepare for his exams.

Back inside, he picked up a brush and helped his brother paint.

A few hours later, people began showing up at his house. More than forty packed into the tiny living room and spilled out onto the road. A preacher delivered a passionate sermon, and the crowd sang hymns.

A few days later, Sive would travel with his relatives – and his mother’s body – on a 12-hour journey to the family’s ancestral land. His mother would be buried there.

But on this night, after people paid their respects and headed home, once Sive was alone in the house, he grabbed his school notebook and checked his midterm exam schedule.

Then, he sat down on his sagging metal bed and began to study.