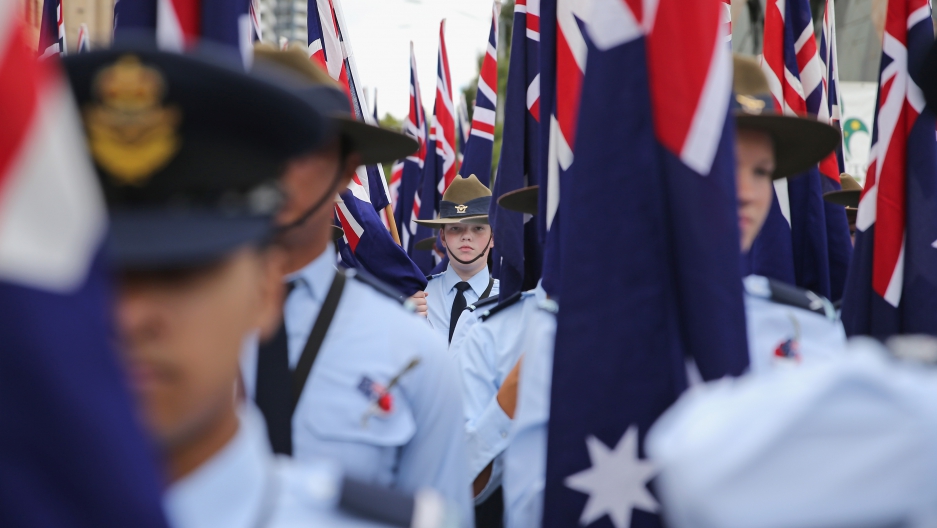 BRISBANE, Australia — Top Australian military personnel have been implicated in a scandal over "explicit and repugnant" emails that denigrate women.

Australia's the Chief of the Army stood down three Australian Defense Force (ADF) personnel, while 17 defense personnel, including officers, are under investigation.

Lieutenant General David Morrison said the officers were suspected in the distribution of the material, which also refers to illicit drugs.

Lt.- Gen. Morrison said at a press conference that the allegations were "disgraceful" and "worse than the Skype scandal" that hit the ADF in 2011. In that incident, consensual sex between two ADF Academy cadets was allegedly filmed and broadcast over the internet without the woman's knowledge.

As a result of outrage that followed, the Defense Force has undergone internal and external investigations into a culture of sexism and sexual abuse.

Australia's Defense Minister Stephen Smith said the latest scandal was made more serious by the fact that the allegations involved senior and long-serving defense representatives.

"It's a failure of culture and that failure has been there not just for weeks or months or years, but for decades."

The female victims of the latest scandal included defense personnel and members of the broader public, according to reports.

Describing the images and the text of the emails as "explicit, derogatory, demeaning and repugnant," Lt.- Gen. Morrison said civil charges may arise from the scandal, which involves around 90 other people—most of them Army personnel.

He added that he'd called the women to offer an apology:

"I have also spoken today to some of these women who felt comfortable in taking a call from me and I have apologized to them on behalf of the Australian Army."

Only a year ago, Australia's Sex Discrimination Commissioner Elizabeth Broderick released a report on the treatment of women in the ADF that found sexual harassment and abuse existed across Australia's defense forces.

She told the ABC that she was appalled at the range of people implicated in this latest scandal.

"That's what's so abhorrent about it and it also shows the complexity of the issues that have to be solved. Because this is just not a particular rank who are all coming together, it's across from senior officers—Lieutenant Colonel—right through to general enlistment."

"It's on me. I'm responsible for this, I'm the chief of the Australian army. The culture of the army is in my hands during my tenure and I'm doing as much as I humanly can to improve it. This is a setback but I'm going to pick myself up."