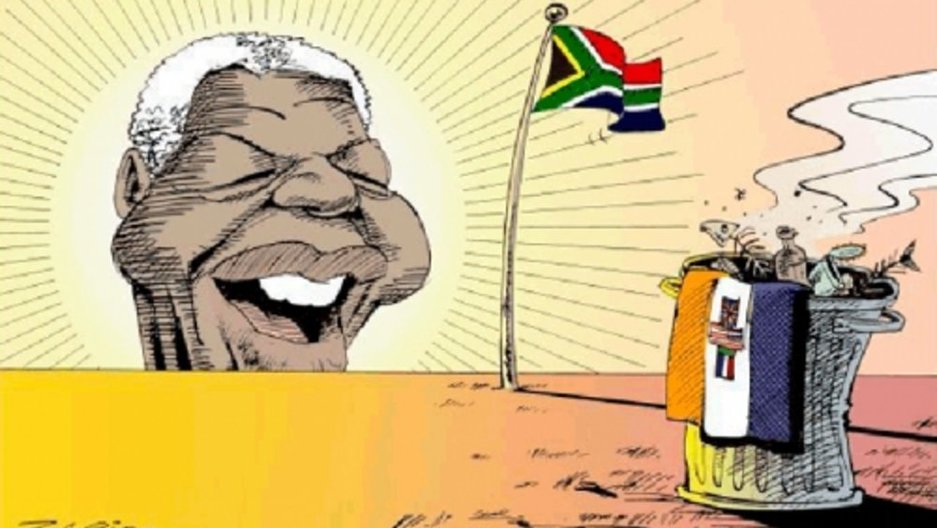 With Mandela's death, people the world over are reflecting on his long and illustrious life.  South African cartoonist John Curtis has worked to honor Mandela in his own way — through the political cartoons about him and South Africa's story.

Curtis has been collecting these cartoons for years. He started Africartoons, a resource for cartoons from Africa, by focusing on Mandela.

He wanted to tell the story of Mandela's life through cartoons by South Africans, but that proved difficult. Showing the image of Mandela was against the law during the Apartheid era. The Suppression of Communism Act, passed in 1950, was extended to cover the activities of the banned African National Congress. It prevented anyone from quoting or depicting Mandela.

But starting in the mid-1980s, South African cartoonists started challenging the ban with clever tricks, and finally ignored it altogether.

Even as the cartoonists challenged the ban, they had no idea what Nelson Mandela looked like. As references, they used photos taken of Mandela decades earlier and a poster drawn by an unknown Dutch artist based on descriptions by people who had visited Mandela in prison.

For John Curtis, Mandela's absence in earlier South African political cartoons is part of the story. There are missing chapters prior to 1990 and he is encouraging cartoonists to draw retrospective images reflecting key moments in Mandela's life to complete the story.

Editor's note: This is an updated version of The World's original story which was published in June 2013.