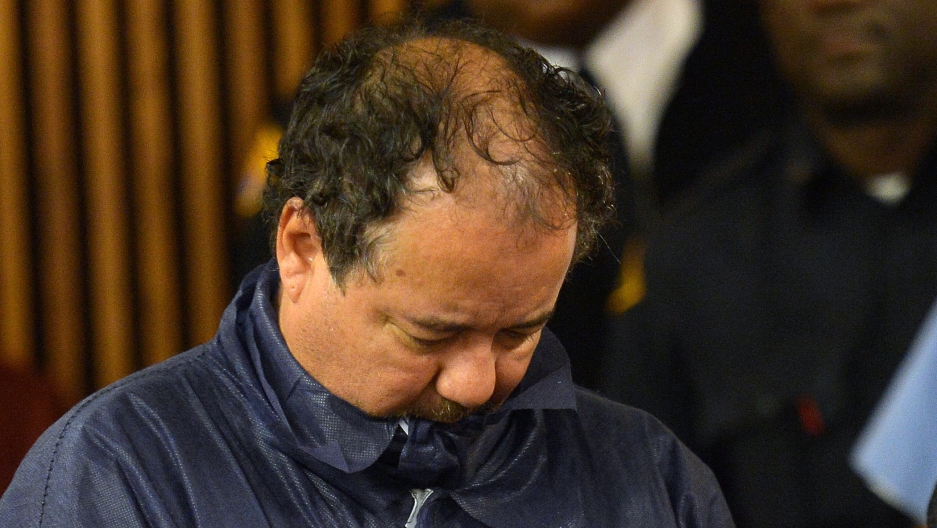 Castro, 52, stayed silent as his attorney, Craig Weintraub, entered the plea to 329 charges, including rape, assault and kidnapping.

After the plea, Weintraub told reporters that he was seeking to avoid an 'unnecessary trial.'

He also said he was seeking to avoid the death penalty for his client.

The prosecution did not comment on the case and will make a decision whether it will ask for the death penalty after the indictment is completed.

Castro has been charged with 177 counts of kidnapping, 139 counts of rape, seven counts of gross sexual imposition, three counts of felonious assault and one count of possession of criminal tools, reported the Associated Press.

The accused has been on suicide prevention watch in prison but was taken off last week.

A statement issued on behalf of the victims said:  "We are hopeful for a just and prompt resolution. We have great faith in the prosecutor's office and the court."

Castro was arrested on May 6 after one of the captive women, Amanda Berry, escaped with the aid of a neighbor.

Each said they had accepted a ride home from Castro before being kidnapped.

The women were said to have been kept chained in the basement of Castro's home and then in his the attic.

Castro fathered one child with Berry but intentionally terminated another pregnancy through violence.

The former bus driver and musician was arrested with his two brothers who were later released.