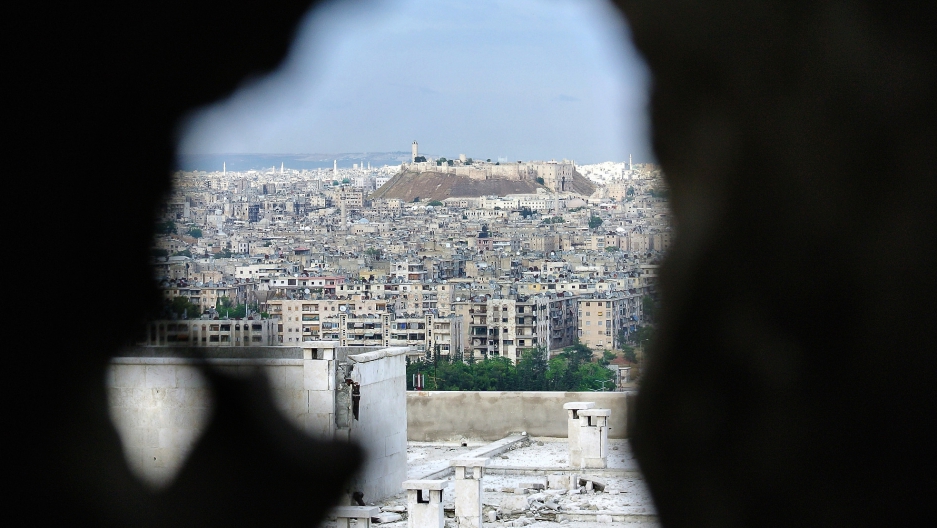 Syrian government troops are preparing a massive assault on the rebel-held parts of the northern city of Aleppo, reports indicate.
Credit: STR
Share

The assault on rebel-held parts of the city — called "Operation Northern Storm" — is expected to begin within days, if not hours, media reported, citing a Syrian security official.

"It is likely the battle for Aleppo will start in the coming hours or days, and its aim is to reclaim the towns and villages in the province," a Syrian government source told Agence France-Presse on condition of anonymity.

The sense of urgency has been picked up in Washington as well, with a State Department spokeswoman Jen Psaki telling Reuters that because things there "have worsened," US President Barack Obama will be given a "wider range of options" to consider in upcoming meetings on the Syrian conflict.

Word of the possible offensive comes just days after rebels were pushed out of the strategic town of Qusayr by Syrian President Bashar al-Assad's troops and Hezbollah fighters.

The Syrian government is said to have been emboldened by the victory and is now more confident it can rout rebel forces elsewhere in the country.

Such a strike could deal a significant blow in a war that's been grinding on for over two years, killing more than 80,000 and forcing more than 1 million Syrians to flee. It would also cast doubt on upcoming peace talks in Geneva, Switzerland.

Pro-regime daily Al-Watan wrote Sunday that the Syrian army “started to deploy at a large scale in Aleppo province, in preparation for a battle that will be fought in the city and its outskirts.”

The newspaper also said “the Syrian army will take advantage of its experience in Qusayr and Eastern Ghouta [near Damascus] to advance in the [central] province of Hama and Homs.”

More from GlobalPost: What's the big deal about Qusayr?

On Sunday, Reuters reported that battles occurred in the Shiite towns of Al-Nubbul and Zahra, just outside of Aleppo.

"The aim is to use the two villages as forward bases to make advances in Aleppo and its countryside," Mustafa Al-Sheikh, a rebel commander and former senior officer for the Syrian military, told Reuters.

Rebels said they have bolstered their forces along the road leading south from Aleppo to the town of Salamiyeh, the point from which the regime's tanks are expected to advance.

The battle for Aleppo began in July 2012 between the rebels and regime forces. Last August, rebel leaders claimed they held more than 60 percent of the city.

"We will be in full control on Wednesday morning," Sheikh Tawfiq Abu Sleiman, the leader of the largest rebel unit in northern Aleppo told the Guardian on Aug. 7, 2012. "We already have two of the walls of the citadel."

The 13th century citadel that looms over the city never fell to the rebels, nor did the rest of Aleppo, despite claims of rebel advances in the city as late as March of this year.

The intense fighting, which has killed thousands, has divided in the city in half, with rebels controlling the eastern half of the city and government forces the western half.