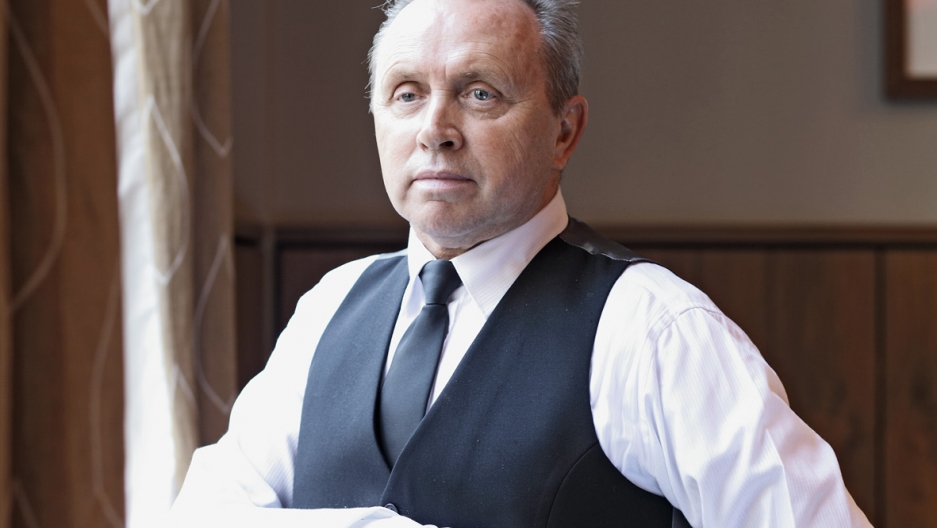 If you've ever fancied living the highlife – a big house, a private yacht, travelling around the world – there couldn't be a better time. Providing, of course, you don't mind working in that big house or yacht. Demand for privately employed service staff — butlers and servants, has skyrocketed in developing nations.

Being British is an advantage in the international labor market. Aside from being first in line to play evil geniuses in the movies, the Brits are now in demand from the newly-moneyed in emerging markets of China and the Middle East as butlers and service staff.

"The market has changed, the industry has changed a great deal," says Sara Vesti Rahmani, director of the Bespoke Bureau, a butler training academy in London. "The idea of a 'Downton Abbey,' 'Upstairs Downstairs' or 'Mr. Carter' doesn't exist anymore."

The aesthetic of a British butler is a big draw for clients.

"The etiquette and tradition that comes with a British-trained butler is quite unique, and although of course you can get butlers that are trained elsewhere they are not quite the same," she says.

Back in the days of Downton Abbey, there were around 30,000 British butlers. As the aristocracy dwindled, so too did the number of service staff. By the 1980s, there were only around 100 working butlers in Britain. Now, thanks to those booming emerging markets, there are between 5,000 and 10,000. Demand is so high, it's currently outstripping supply.

"For us it is a busy and a thriving and a growing market," says Stephen Randolph, a former butler who lists Buckingham Palace on his resume.

Randolph now runs his own agency.

When he opened in 1999, he could count competitors on one hand. Now, he has lost count. He says his clients are not just looking for household servants; nor are they simply private individuals.

"We provide butlers for anything from hotels and private homes, anywhere where there are VIPs staying and they need to be looked after," he says. "From a day to a season, for a weekend shooting party or on a permanent basis both in the UK and overseas."

Back at the Bespoke Bureau, head trainer Robin Stuart is taking a class through table service — the correct way to lay out cutlery and wine glasses, how to serve drinks, and how to open a champagne bottle.

The Bespoke Bureau doesn't just teach butlers to be butlers. It also teaches the certain je ne sais quoi of Western sophistication to businessmen from the Middle East or China.

"They want to learn how to dine: what piece of cutlery to pick up first, and how to meet and greet Westerners, how long to keep eye contact for, how to shake hands, and so on," Rahmani says.

If you are thinking "who cares which fork you use anymore?" you are probably not alone. In any case, this new demand from the nouveau riche translates into jobs for the not-so-rich.

Rahmani says a British-trained butler is looking at a starting salary of about a $100,000, and top salaries can be three times that.

But the job is essentially a life of servitude, and she stresses that it's not for everyone.

"I think more than anything you've got to be prepared to let things wash over you," she says. "If you're sort of sensitive in terms of, for example, how people speak to you, this is perhaps not the industry for you to be in."