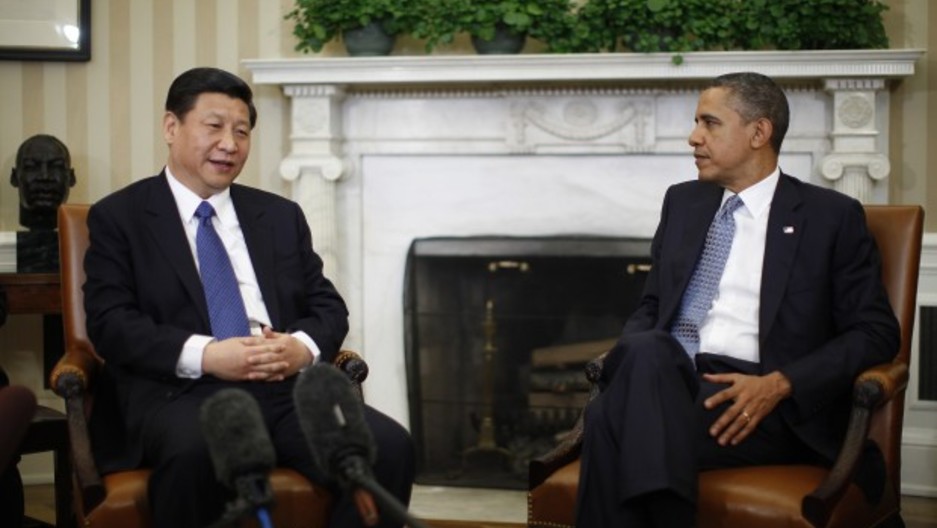 U.S. President Barack Obama (R) listens to China's Vice President Xi Jinping during their meeting in the Oval Office of the White House in Washington, February 14, 2012. Obama and Xi will hold talks on Tuesday that could help boost the international stature of China's leader-in-waiting while testing Obama's ability to balance U.S.-China diplomacy with election-year pressures. REUTERS/Jason Reed

The hot topic for President Obama's summit Friday with the Chinese President Xi Jinping was supposed to be over China's efforts at cyber espionage.

Now there's another hot cyber-security topic to add to the agenda. Revelations this week about the US government's ongoing surveillance of foreign email and electronic content.

This comes on top of Thursday's news that the National Security Agency has been collecting the phone records of millions of Americans.

Earlier Friday, Obama issued a strong defense of his government's surveillance practices, which he said are needed to prevent terrorist attacks.

"I think it's important to recognize that you can't have 100 percent security and also then have 100 percent privacy and zero inconvenience," said President Obama, "We're going to have to make some choices, as a society."

The president also said that a modest encroachment on privacy was worth the added security. This just hours before Obama sat down to talk hacking with the Chinese.

Anchor Marco Werman speaks with New York Times correspondent James Risen about the leaks who doesn't think Chinese leaders and others around the globe are all that shocked by the recent leaks.