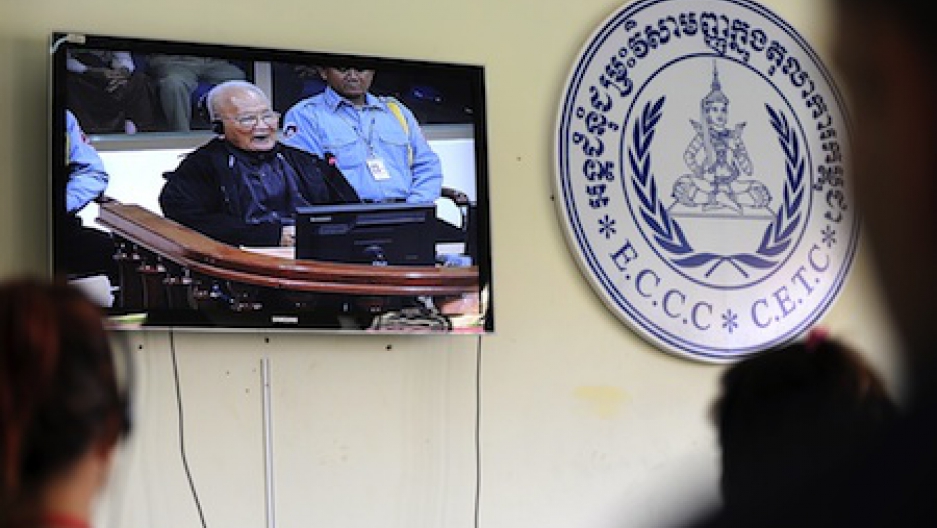 The ultra-Maoist Khmer Rouge guerrillas launched a bloody revolt in 1975 and ruled the Southeast Asian country until 1979. They're blamed for the deaths of an estimated 1.7 million — about one-fifth of Cambodia's population.

Now, denying their crimes could carry a sentence of up to two years in jail.

Politicians claim the new law is an attack on the opposition weeks ahead of national elections.

The rush legislation could be motivated by a controversial statement by opposition leader Kem Sokha. He claimed that the infamous Tuol Sleng genocide museum in Phnom Penh was "staged" — a statement he later recanted, claiming it was metaphorical, according to the Phnom Penh Post.

Sokha is the deputy president of the Cambodia National Rescue Party, one of the few challengers to Hun Sen.

Hun Sen is the leader of the Cambodian People's Party and has been prime minister of Cambodia since 1985, marking one of the longest-lasting regimes in Southeast Asia.

Retired US Foreign Service Officer and longtime Cambodia watcher Donald L. Jameson told GlobalPost that he also suspects the new law is related to the upcoming July elections, which Hun Sen has repeatedly claimed to be essentially already decided in his favor.

"It is difficult to know the ultimate objective but it appears that Hun Sen has decided to totally disable the opposition. Some observers have suggested that he wants to make Cambodia more tidy and manageable, like Singapore, which he admires," Jameson said.

"He must realize that he will get some backlash from human rights and democracy advocates, the media, the UN and Western governments, but has apparently decided that this is a storm he can weather without problem," he added of the move.

No opposition member of the Cambodian parliament was present when the new law was passed. They had all been expelled from the body last week.

Some Cambodia watchers expressed their concern over the authoritarian nature of the law, saying it would impose a new layer of censorship in Cambodian society.

"This new law essentially criminalizes ideas. That type of law has the potential to do far more harm than good," genocide researcher Craig Etcheson said.

"The danger is that it might be used for political persecution, and the fact that this law was hurriedly adopted in the middle of a political campaign underscores the extent of that danger," he added.

He noted that both the Documentation Center of Cambodia and the Cambodian Defenders Project have done a good job of addressing knowledge gaps about the genocide years that might exist in modern-day Cambodia.

Others remain concerned that the law could divide Cambodia, which is slowly reconciling from a uniquely painful past.

"The law poses the risk of politicizing the incredibly difficult process of reconciliation that Cambodia has been struggling with for the past 34 years," said Youk Chhang, executive director of the Documentation Center of Cambodia and a survivor of the Khmer Rouge genocide. "This law is lawless and there is no ground to limit the right to freedom of expression according to the international law."

"Truth does not need the law for protection, and we should not abridge the right of free speech or denigrate the spirit of truth, memory, and reconciliation for the sake of the trivial few who may still wander in darkness," he added.