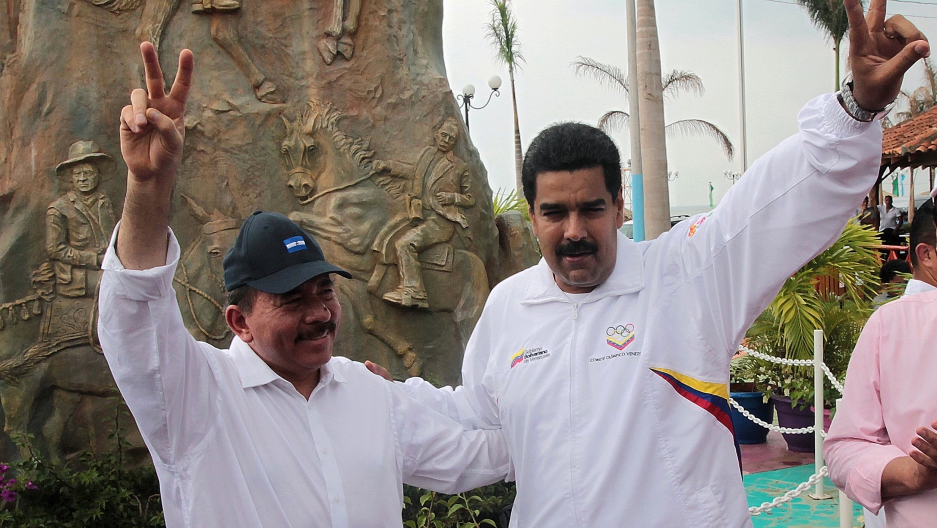 CARACAS, Venezuela — US filmmaker Timothy Tracy, jailed in Venezuela after being accused of instigating unrest and espionage, was released from prison and expelled from the country on Wednesday.

Tracy, a 35-year-old filmmaker from Los Angeles, Calif., was arrested in April at the Caracas airport as he was attempting to leave Venezuela.

The authorities accused him of funding opponents of newly elected President Nicolas Maduro, the preferred heir of the late leftist leader Hugo Chavez, but his lawyer said he has now been released because there was not sufficient evidence to hold him.

Arresting Tracy was one of the latest moves by the South American government that's made repeated efforts to prove the United States and others are working to destabilize it, or worse — a theory that's shared by many in Venezuela, as well as the US and abroad, but denied by Washington.

It showed Venezuela's US relations remain heavily strained even after the death of Chavez, a man often thought of as Washington's irritant in chief in the region.

Tracy's friends and family refuted the Venezuelan government's accusations against the filmmaker from the start, saying he was in Venezuela to make a documentary about the oil-rich country's widening political divisions.

In an interview Wednesday with GlobalPost, Jesse Herman insisted that his close friend Tracy was certainly not conspiring against Chavez's successor.

"It’s a not even a remote possibility [that he was a spy]. It’s a ridiculous insinuation," Jesse Herman, 34, a restaurateur in Austin, Texas, said. "I’ve spent enough time around him. His career in Los Angeles was as an actor and a filmmaker, not anyone affiliated with any government agency or anything related to spying."

He explained that he and Tracy have a group of Venezuelan friends in the US.

"The first time he went to Venezuela was because he met a girl that he started dating at a wedding of one of our Venezuelan friends. She would come to visit him in Los Angeles or they’d see each other in Miami. That’s when he became interested."

"He became interested in the polarization of Venezuela. He enjoyed the time that he spent there while he was filming," Herman added.

The news came as Venezuela’s top diplomat was set Wednesday to meet US Secretary of State John Kerry in Guatemala City.

But apparently it was another Massachusetts politician, former Rep. William Delahunt, who helped secure the American's release, The Associated Press reported.

Delahunt had represented the United States at the March funeral of longtime President Chavez.

Tracy's sister also thanked the US State Department for its help.

President Barack Obama, who has snubbed Venezuela by not recognized Maduro's presidency, described the allegations against Tracy as “ridiculous" on a recent visit to Latin America.

Venezuela has had worse words for the US commander in chief. Earlier this month, Maduro called Obama the "grand chief of devils."

That means: "The gringo Timothy Hallet Tracy captured doing espionage in our country has been expelled from the national territory."

That message sparked some responses from Venezuelans questioning why the young American was not then prosecuted in Venezuela if he had indeed committed espionage there.

The US government and press freedom groups have denied the filmmaker was involved in anti-government activities.

"Tracy was just acting as an observer when he was filming," Reporters Without Borders said when he was arrested.

"Shooting video is not evidence of participation in what the government calls an 'act of destabilization.' It is for the police and judicial authorities to investigate and establish from the facts, not for the government to designate Tracy as guilty from the outset."

“I was very pleased to learn that the Venezuelan government has released Tim Tracy, a documentary filmmaker, after detaining him on trumped up charges. ... His arrest and detention should serve as a powerful reminder of the need to guard our press freedoms vigorously at home and abroad."

Tracy's good friend Herman said he was eager to talk to him after his return home, and reflected on how Tracy endured the experience.

"I don’t think that Tim Tracy can be scared away from anything," Herman said. "I don’t know if he’ll be going back to Venezuela soon but I certainly don’t think that this is going to alter his career path."