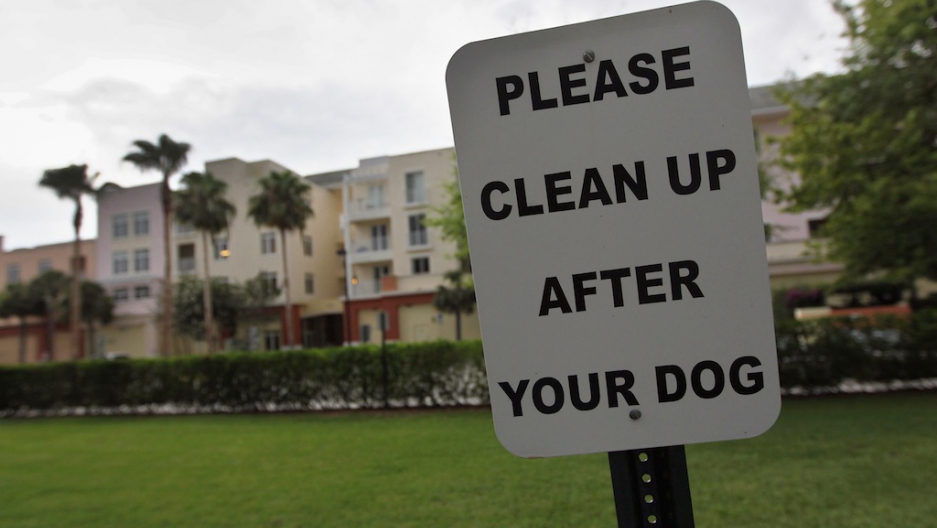 Officials in Brunete, a small town of roughly 10,000 on the outskirts of Madrid, have come up with a bold and brilliant idea to address the issue of excessive dog poop.

Canine excrement has come to speckle Brunete's otherwise picturesque Spanish streets. After a particularly productive meeting to discuss the deposit dilemma, Brunete officials — who apparently have a fantastic sense of humor — reached out to top advertising agency McCann for help with their puppy poop problem.

"We told them we didn't have a penny to spend, but [McCann] found [our] idea so novel and exciting that they decided to work with us anyway," a Brunete Town Hall representative told The Local.

That collaboration has really paid off, with officials estimating the amount of pet waste on city streets has dropped by more than two thirds since awareness campaigns wrapped up earlier this year.

The first campaign consisted of chasing offending pet owners with remote-controlled poop-on-wheels, each pile emblazoned with the message "Don’t leave me, pick me up!" written on it.

Here's how it worked: Brunete Town Hall recruited 20 willing volunteers to patrol the streets in search of guilty dog owners. Upon spotting an offender, the undercover volunteers approached the owners and struck up casual, friendly conversations. They asked the owner's name and the dog's name, gave the pooch a healthy nose rub and inquired about what kind of adorable little fella they were petting.

After the conversations ended and the pet owners were out of sight, the volunteers picked up the specimens, boxed them up, and — thanks to information contained in the town's preexisting pet registration database — the offending pet owners are quickly identified and located.

And that is when the real fun began.

Volunteers hand-delivered the potent puppy packages to pet owners along with an official fine and warning, and fortunately for us, local cameramen filmed the entire sequence of events.