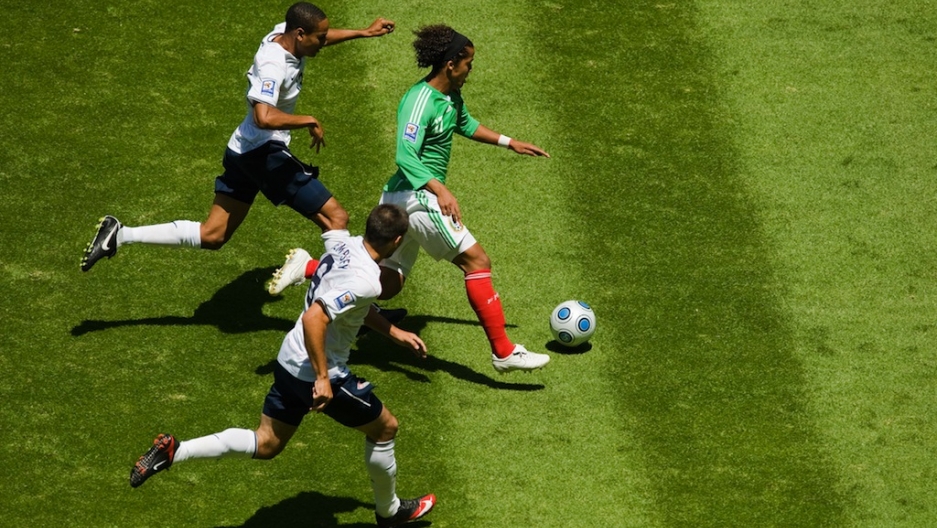 Now, a first or minor offense will be punished by a warning, fine or playing a match behind closed doors, the Guardian reported.

Serious or repeat offenses may be punished by a loss of points, expulsion from a tournament or relegation of the club.

Players or officials who engage in racist abuse in any game, not just FIFA internationals, will be banned for five matches.

And there will be a new official in the stadium tasked with identifying potential acts of racism or discrimination, so the referee and his assistants can concentrate on monitoring the game.

FIFA has been under mounting pressure to take action against racist fans after a number of recent high profile incidents — most notably in Italy, the Associated Press reported.

AC Milan's Ghanaian star Kevin-Prince Boateng walked off the field after he was subjected to racist chanting during a friendly match against Pro Patria, a team from a lower Italian league. Boateng's teammates followed him off the pitch forcing the game to be abandoned.

Boateng was again targeted along with his Milan teammate Mario Balotelli during a top-flight match against AS Roma earlier this month. The game was halted for two-minutes as Roma players appealed to fans to stop.

Italian soccer authorities were criticized for the soft punishment handed out to Roma — a $65,000 fine.

Boateng was a member of the FIFA task-force that prepared the new measures and anti-racism campaigners welcomed the announcement of a tougher line.

"Our football family is fully aware that what is reported in the media is actually less than one percent of the incidents that happen around the world,” Jeffrey Webb, head of FIFA's anti-racism task force, said, according to BBC News.

"We've got to take action so that when we look to the next 20 or 50 years this will be the defining time that we took action against racism and discrimination."

The threat of clubs loosing points or even being dropped down a division for repeat offences should be a deterrent against racist behavior.

However implementation will prove crucial in ensuring the new rules are effective and soccer authorities have a sometimes patchy record of applying their own recommendations, especially when the interests of rich and powerful clubs are involved.

"You've got to applaud them for doing something about it," Luther Blissett, a former international striker with England and spokesman for the campaign group Show Racism The Red Card, told BBC radio. "They should hit people hard straight away."