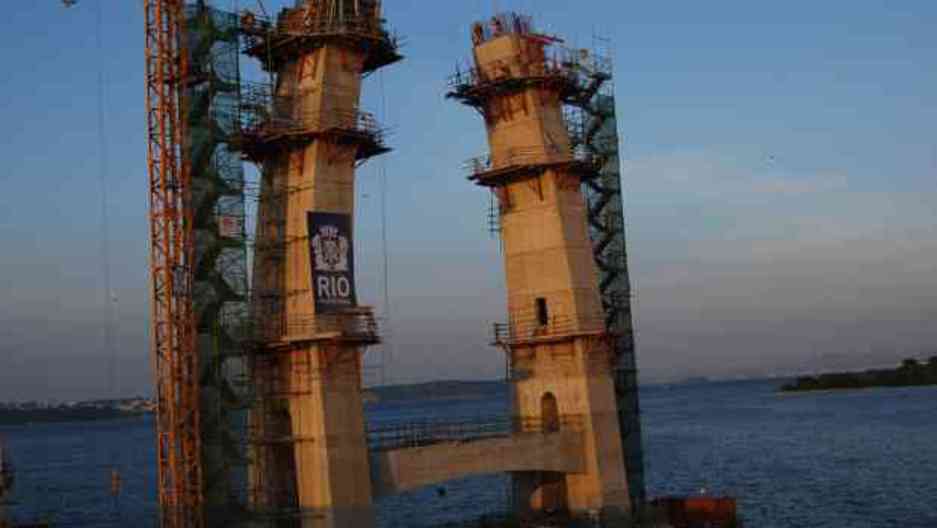 Brazil's economy has been booming for a decade. Job growth outpaces the United States, but many Brazilians would still rather take their shot in the U.S. (Photo by Jason Margolis.)

When the U.S. economy took a nosedive five years ago, Brazil’s economy hardly skipped a beat.

With this economic shift in fortunes, migration patterns between the two countries shifted as well. But not as cleanly as one might think.

Consider the case of Anderson Zaca, a Brazilian-born fashion photographer and filmmaker who founded the company The Clickers. Zaca works in São Paulo, part time. He also works in New York. He said every few months, he hops on a plane and heads 10 hours south.

“There’s a lot more business there (Brazil), and the clients are willing to spend money on things that the U.Sl markets no longer want to spend money. So that’s why I travel back and forth,” he said.

“I can’t adjust to the lifestyle in Brazil anymore,” said Zaca. “The infrastructure and the lack of transportation, it’s really chaotic, and I can’t adapt to that. If I’m going to move to a place that doesn’t have transportation I’ll move to Hawaii.”

Zaca’s situation has become increasingly common. Eduardo Siqueira, coordinator of the Transnational Brazilian Project at the University of Massachusetts, Boston, said while Brazil might be a new land of opportunity for ex-pat Brazilians, many who go back are having a hard time re-adapting.

“The issue of security and safety, for example, Brazil is a lot more insecure in terms of violence in the streets,” Siqueira said. “In the U.S., in most places, you don’t have to be as guarded as you would be in a major city in Brazil, even a smaller city. So all that changes, and a lot of people cannot readapt.”

Brazilian attorney Marcia Reis can relate. Six years ago, she moved to Florida, then Massachusetts. She returned to Rio de Janeiro two years ago. She’s not crazy about being back.

She says she can’t handle the day-to-day corruption. For example, she cites what happens when people get pulled over for drunk driving.

“They give money to the police, stuff, little corruptions like that, I don’t agree (with),” she said.

Even the sober drivers in Rio bother Reis.

She thinks driving in Boston is great.

“If you compare to Rio, Bostonians are perfect drivers," she said.

Heis can make a lot more money working as an attorney in Brazil. She also likes being closer to her family in Rio. And she doesn’t have a job yet in the U.S. Still, she’s moving back to Boston, again, in August.

“Permanently,” she said with a laugh.

Or maybe permanently ... given the way things are going in Brazil.

It’s not just the well-educated who are hopping back and forth between countries — it’s something of a revolving door for working class Brazilians as well.

Natalicia Tracy, who directs the Brazilian Immigrant Rights Center in Boston, said a lot of blue collar Brazilians who used to be in Massachusetts are now gone.

“A lot of people had bought homes, they lost their homes, and I think people felt a little bit lost and disillusioned with the economy,” Tracy said.

She said Brazilians used to arrive here, and within a few days, they’d have two full-time jobs. Now, they’re getting by with one job, or even part-time work. Still, she said, as one Brazilian leaves, a new one arrives because many working class Brazilians aren’t benefiting from their home country’s economic boom.

“What we’re seeing in Brazil with the economy, it has created a space for people who are already on the edge of (the) middle class to grow,” Tracy said. “However, that growth hasn’t yet impacted in a positive way the lower class, low-wage workers, especially people who are living away from large cities. So that’s why we’re still seeing people coming in.”

And there’s another group leaving: undocumented Brazilians living in the US.

“With the persecution of immigrants, the climate of fear, many decided to go back because they couldn’t stand it anymore,” Siqueira said. “Many were deported, by the way. At one point, flights of Brazilians were sent back home.”

And still other flights of Brazilians are coming to the United States. Zaca said when he does the flight from New York's JFK airport to São Paulo, he sees quite a few others on the plane who are also living this transnational life. But most of the others are Brazilian-based entrepreneurs trying to make it in the United States.

“Because they feel like the Brazil market, it’s amazing, but it’s not quite going to take them to where, you know like when they say, ‘the sky is the limit.’ And Brazil is not quite the sky yet,” Zaca said. “So, if you accomplish your goals in Brazil, you still have to conquer the world.”

And that means more Brazilians heading to the U.S.