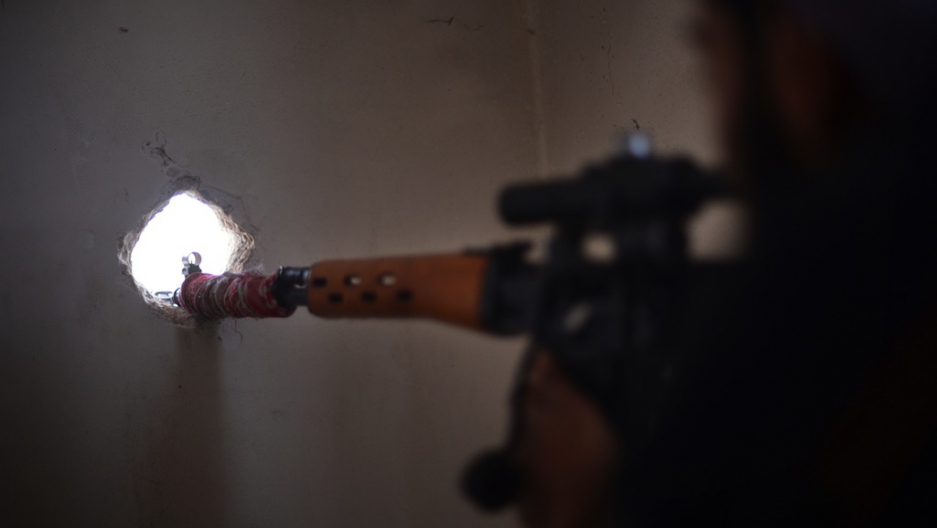 A popular journalist for Syria's state-run television was killed by sniper fire outside the al-Debaa airport near the Lebanese-Syrian border on Monday.

Yara Abbas, 26, a reporter for the pro-regime al-Ikhbariya channel, died in an offensive by forces loyal to President Bashar al Assad, attempting to recapture the area from the opposition.

The Syrian Observatory for Human Rights, a UK-based pro-opposition watchdog group, reported on its Facebook page that other members of Abbas' crew had been injured in the fight.

"A female news correspondent for the pro-regime al-Ikhbariya television channel was killed by a sniper near the Debaa airport, several others from the news crew were injured," the rights group said.

Syrian television said Abbas had been targeted by "terrorists," a name pro-regime media uses to describe the various factions of the Free Syrian Army and other opposition forces fighting to oust Assad.

“Colleague Yara Abbas, a correspondent at al-Ikhbariya, was martyred after being shot by terrorists near Al-Dabaa airport on the outskirts of Qusayr,” the state-run SANA news agency reported.

The battle for Qusayr, a strategic town for both the regime and the opposition, has raged for days, with activists saying the regime is dropping about 40 shells per minute.