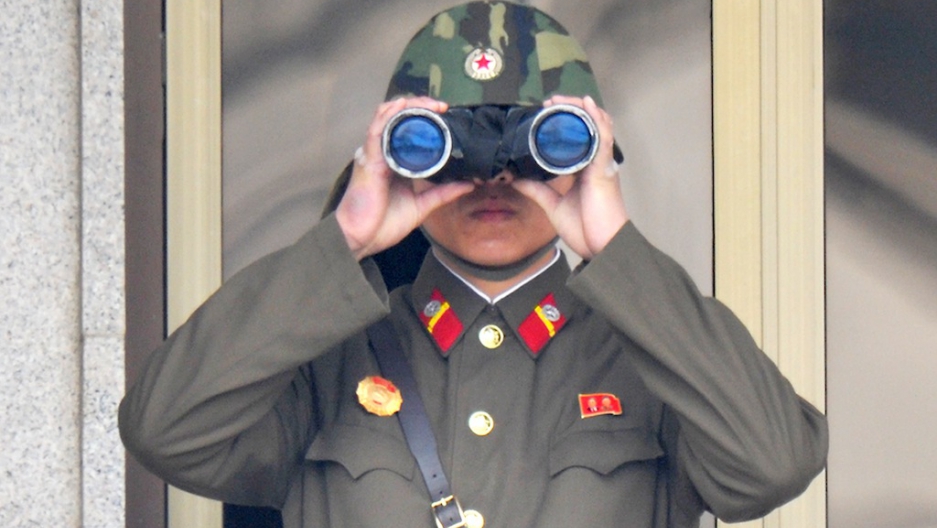 A North Korean soldier watches from his quarters at the truce village of Panmunjom in the demilitarised zone on April 23, 2013.
Credit: Kim Jae-Hwan
Share

SEOUL, South Korea — After months of saber-rattling, a North Korean envoy told China on Friday the hermit kingdom wants to take “positive actions” to ensure peace in the region by restarting the six-party aid-for-disarmament talks.

"North Korea is willing to make joint efforts with all parties to appropriately resolve related issues through multilateral dialogue and consultations like the six-party talks, and maintain peace and stability on the peninsula," the official Xinhua news service quoted Choe as saying.

"To this end, North Korea is willing to take positive actions."

Choe reportedly made similar remarks during his meeting with Fan Changlong, vice chairman of the Chinese Communist Party’s Central Military Commission, on Friday and with Liu Yunshan, a top-ranking Communist Party official, on Thursday.

While North Korea's stated desire for peace is a positive step, the fact remains that the six-party talks process involving the two Koreas, the United States, Japan, Russia and host China is likely to remain dormant until Pyongyang takes meaningful steps on denuclearization — and Choe made no mention of abandoning its nuclear program.

Xi told Choe that problems on the Korean Peninsula should be resolved through talks and he hoped all sides “make unremitting efforts … for long-lasting peace and stability.”

Choe is the highest-ranking North Korean official to visit Beijing in about six months, during which time Pyongyang has ratcheted up tensions in the region by conducting rocket launches and threatening nuclear strikes against South Korea and the United States.

China is the North’s only major ally and biggest trade partner, and is seen as wielding the most influence over its reclusive neighbor.

However, relations between the two countries have deteriorated since China backed a UN move earlier this year to strength sanctions against North Korea.

It's not clear what Choe sought from China in his closed-door meetings with Xi. His visit is one of a handful of diplomatic gestures over the past two weeks that appear to signify a relaxation in Pyongyang's foreign policy stance. An aide to the Japanese prime minister made a surprise visit to Pyongyang earlier this week.