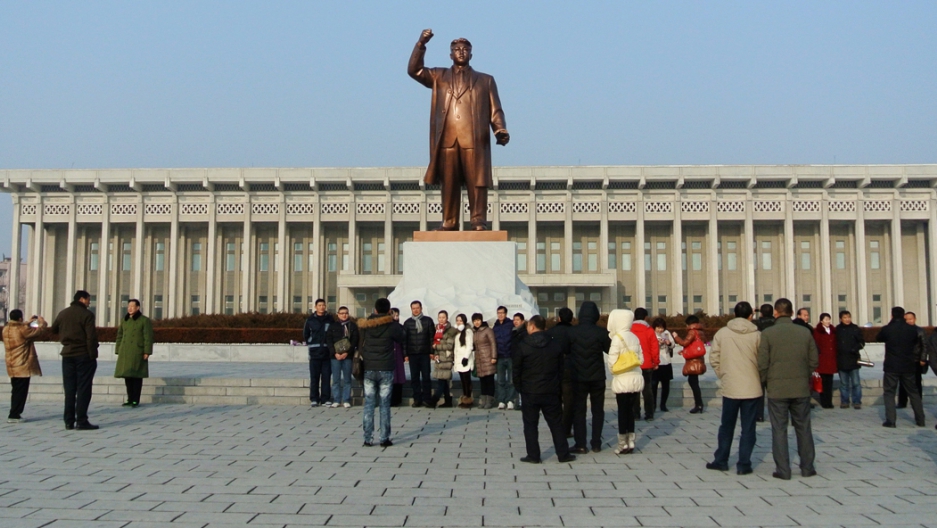 Pyongyang's official news agency called Choe Ryong Hae, director of the Korean People's Army politburo, a "special envoy" of his country's leader as he met with the head of ruling Chinese Communist Party's International Department, Wang Jiarui, in what are considered tense times for the allies ahead of a China-US summit.

More from GlobalPost: Can you solve North Korean math?

Beijing's foreign ministry spokesman Hong Lei said the two were in the Chinese capital to "exchange views of the situation on the Korean peninsula and other issues of common interest," but gave no other details.

Analysts say that North Korea's decision to send an envoy to China, along with a Japanese official's surprise visit to Pyongyang this week, could signal a relaxation following a fierce two months of North Korean war rhetoric from February to April.

Japan is also mulling over reopening official talks with North Korea to resolve questions about the abductions of Japanese citizens decades ago.

Chief Cabinet spokesman Yoshihide Suga said Wednesday that talks are possible if they could lead to information being given on the abductions, and Prime Minister Shinzo Abe also indicated that he is open to holding a summit with Kim Jong Un if a breakthrough could be made.

Yesterday, the South Korean president, Park Geun-hye, also ordered overseas embassies to drum up support for "Trustpolitik," her plan to build trust with North Korea while holding back its security threat.

Taken together, the events could mean that relations between Asian powers, which have been particularly heated in recent months, could be cooling for now.

At the same time, experts have expressed concern that the statements and actions of officials this week could sow discord among three allies: the United States, Japan and South Korea, among whom the Obama administration has urged a consistent policy towards the North Korea threat.

Another big change in North Korea's regime that has already taken place is the appointment of new hardline military chief Kim Kyok Sik.

The general previously held the same post until 2009 and was also defense minister until he was recently replaced by little-known general Jang Jong Nam. The new military chief replaces Hyon Yong Chol.