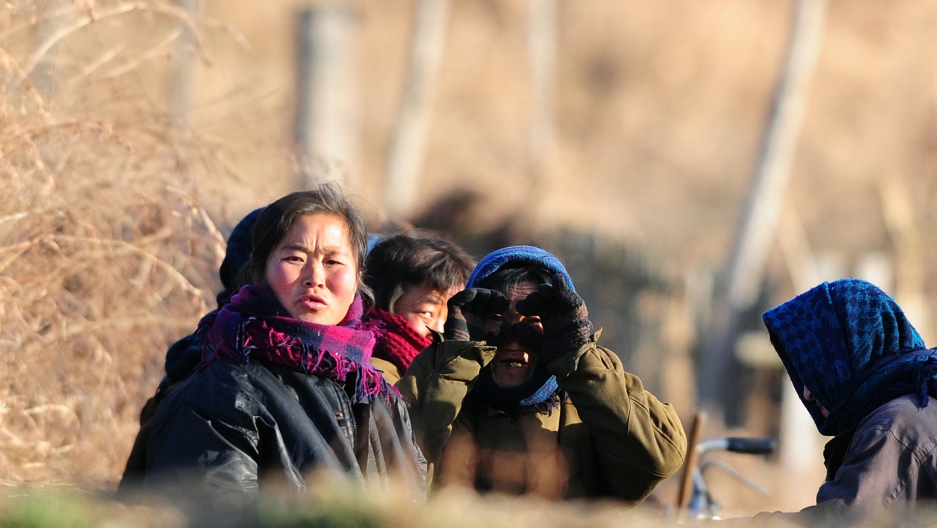 North Korea relies on foreign aid to feeds its people, having suffered persistent food shortages since a famine in the 1990s.
Credit: FREDERIC J. BROWN
Share

SEOUL, South Korea — You'll learn far more about what’s going on in North Korea when you leave the country, several former residents of the country have told GlobalPost.

With scarce access to foreign media, the government has set up an information cordon for the hundreds of expatriates in Pyongyang. Journalists and tourists can only travel there with two government minders.

So it’s understandable why many reporters have trouble unearthing the real story. Most prefer to gather information from Christian missionary groups at the China-North Korea border, or by interviewing defectors in Seoul and Beijing.

But despite the difficulty of gathering information inside the country, North Korea is full of untold stories that you can hear from around the world, rather than in North Korea, said Adam Johnson, winner of the 2012 Pulitzer Prize for his novel, "The Orphan Master’s Son."

The book, released in January 2012, follows the life of a fictional orphan and model citizen from the country. The storyline includes appearances from the late dictator, Kim Jong Il.

Johnson has spent many years reading the accounts of defectors. One tragic find: during the famine of the 1990s, a family of five found a rotting pear and cut it into four pieces. They informed their daughter, who would later flee the country, that she wouldn’t get a slice. “That’s when I realized we were starving,” she later said.

“You can talk to North Koreans in California, Europe, Japan and South Korea,” he told GlobalPost by telephone from California, where he teaches at Stanford University. “But you can’t speak with them in North Korea.”

Johnson explained the surprise when people hear their tales. “People are often fascinated and amazed at how much they don’t know,” he said. “They replace the perception that North Korea is an absurd, evil and clownish place.”

“The stories are out there. But it’s hard for journalists to tell them,” said Johnson, who visited Pyongyang in 2007, and spent six years working on the book.

In October, Swiss businessman Felix Abt, who worked in North Korea for seven years, criticized "The Orphan Master’s Son" in a GlobalPost commentary. Abt argued that the novel fell back on a stereotype that North Koreans are inundated with propaganda, when, he claimed, the ones he met in his travels were surprisingly cosmopolitan.

Johnson offered his response. “While Mr. Abt has some merit to his point, he dangerously undermines it by denying major realities of life there,” he said in a later email. “That things are rosy in North Korea is certainly a minority view.”