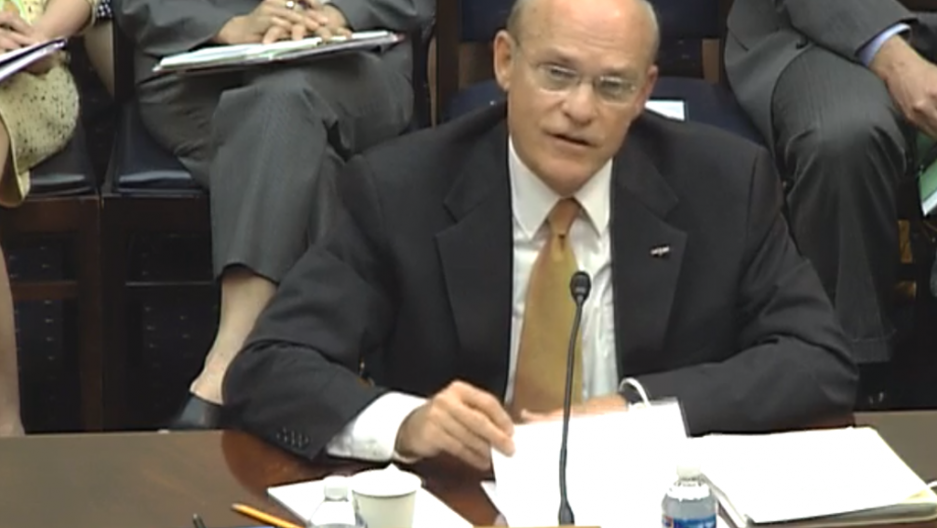 Leading global health experts told Capitol Hill lawmakers today that the fight against malaria is at a turning point, during a hearing on the US’ role in combating malaria globally.

Ambassador Mark Dybul, the executive director of the Global Fund to Fight AIDS, Tuberculosis and Malaria, said in a briefing that because of a concerted and effective effort over the last 10 years to control malaria, the disease could be eradicated as soon as 20 years from now.

“We are at a critical tipping point in the history of malaria,” he said. “We are on the cusp of completely controlling this infection and ultimately eliminating it.”

Malaria affects 219 million people and causes 660,000 deaths each year, mostly in sub-Saharan Africa among children under the age of 5, according to the most recent statistics from the World Health Organization. Over the last decade, more than one million lives have been saved, said Subcommittee Chairman Chris Smith (R-N.J.) in his opening remarks.

The Global Fund, established in 2002, provides around 50 percent of malaria funding worldwide, according to the multilateral organization’s US advocate, Friends of the Global Fight Against AIDS, Tuberculosis and Malaria. The US is the Global Fund’s largest supporter, and nearly one-third of the fund’s $23 billion portfolio has gone towards addressing malaria.

The US expanded its malaria outreach in 2005 with the launch of the 5-year $1.2 billion President’s Malaria Initiative (PMI) under President George W. Bush, with the goal of halving malaria-related deaths in 15 countries with a high burden of the disease.

PMI works in partnership with multi-lateral organizations like the Global Fund and has invested in a host of prevention and treatment interventions, including insecticide-treated nets and anti-malarial drugs. The program was reauthorized in 2008 under the Lantos-Hyde Act. It is largely heralded as a significant bipartisan global health success. An external evaluation of the program published last year concluded that PMI “has earned and deserves the task of sustaining and expanding the U.S. Government’s response to global malaria control efforts and should be given the responsibility to steward additional USG financial and human resources to accomplish this task.”

But in the still uncertain face of sequestration and negotiations over the fiscal year 2014 budget, experts said that any move to cut the program could roll back progress. In President Obama’s proposed budget for FY 2014, PMI received a modest 3 percent increase in funding over FY 2012, the latest year for which final numbers are available, according to budget analysis by the Kaiser Family Foundation. The Global Fund received a boost of 27 percent over the same time period. Still, the House budget under Chairman Paul Ryan (R-Wis.) voted for a 5.6 percent cut to the budget for international affairs. Because global health is part of the international affairs budget, a cut to international affairs could mean a cut to global health.

PMI “is a tremendous success story and yet is incomplete,” said Admiral Tim Ziemer, who leads PMI, during the hearing. “The gains are fragile and could be reversed without continued support.”

Ziemer said that since 2008, the US and its partners have distributed more than 300 million bed nets to sub-Saharan Africa that covered nearly 600 million people.

“Are there gaps? You bet. Are we dealing with them better? Yes. We just have to keep at it,” he said to the lawmakers.

Also concerning is the rise of drug-resistant malaria and insecticide resistance, Ziemer said.

During the hearing, the subcommittee responded positively overall to US global malaria efforts, said Friends of the Global Fight’s President Deb Derrick. Derrick even observed that many of those partaking in the hearing referenced personal or familial experiences with malaria. Ziemer, for one, contracted the disease as a child living abroad, and the fathers of both Chairman Smith and Rep. Randy Weber (R-Tex.) were once infected with the disease as well.

In his opening remarks, Chairman Smith called malaria a “killer disease” and, though he voted in favor of the Ryan budget plan, said that US malaria control efforts “fall short of the global need” to adequately address the disease. “We want to be advocates. I certainly, personally, want to make sure that all that can be done is done,” Smith said.

Dybul acknowledged that asking for increased resources in a tightened budget climate is a “difficult ask.” But he said that the US is not the only partner on the ground, and that the private sector has been particularly important to progress in the global malaria fight. Recognizing that malaria impacts work productivity, Chevron, for example, gave $55 million to the Global Fund. The business coalition Product Red gave more than $200 million, and the Gates Foundation has given “significant resources” to the organization. Other countries, too, are beginning to use their own funding to address malaria – and even South Africa and Namibia contribute to the Global Fund, Dybul said.

Ziemer also said that private partners have been important for PMI, and cited specific examples in Western Ghana, Zambia, and Angola, with ExxonMobil being a noteworthy partner that has invested $4.5 million in nets and the scale-up of nets alone.

“It was highly supportive,” said Derrick, of the hearing. “There has consistently been bipartisan support for [global health] over time, and even in very lean budget years, those programs have done reasonable well.”

Colonel Peter J. Weina, deputy commander at the Walter Reed Army Institute of Research at the US Department of Defense, also appeared before the subcommittee.

In both houses of Congress, appropriations committees are now shaping the contours of the budget for fiscal year 2014.