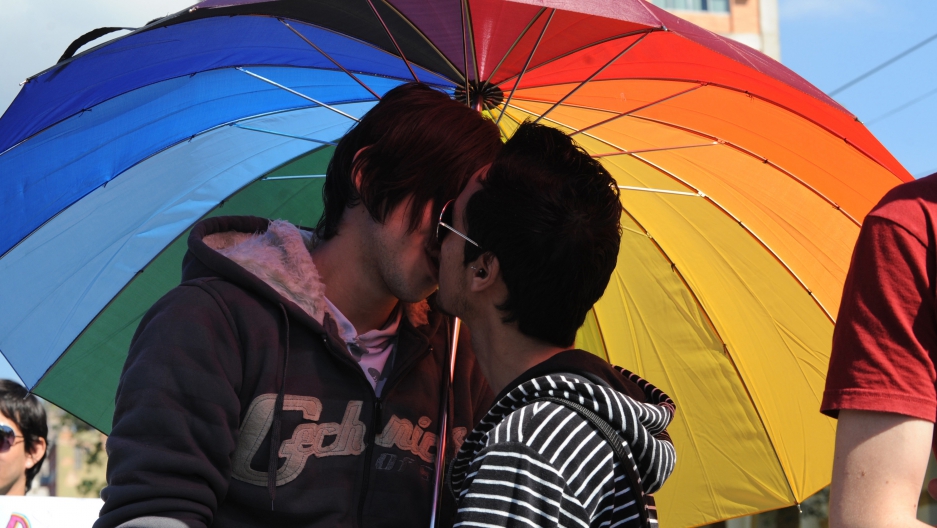 NEW YORK — Every year on May 17, people all around the world celebrate the International Day against Homophobia and Transphobia, while reflecting how to achieve full equality and non-discrimination.

In Cameroon, a young man was sentenced to three years in prison for sending a text message to another man, saying “I’ve fallen in love with you.” The young man’s brave lawyer received emails and text messages threatening to kill his wife and kids. When the lawyer showed the death threats to the police, their response was, “Stop defending gays and you will be fine.” So in Cameroon you can end up behind bars for sending a message of love, but the authorities look the other way when someone threatens to kill children.

In Jamaica, lesbians, men who have sex with men and transgender persons face brutal violence — sometimes fatal — often with little expectation of police protection. Many are forced to leave their families, communities, and sometimes the country to escape extortion, harassment and violence because of who they are or perceived to be. A significant number are forced to live and work on the street, which heightens their risk of gang violence and other abuse. Lesbians have also been targeted for “corrective” rape. The fear of being identified as gay, coupled with laws criminalizing same-sex intimacy, expose LGBT people to extortion.

Parliaments in Russia and Ukraine are considering proposals to ban “homosexual propaganda.” According to lawmakers there, children might become gay or lesbian when they see someone in a T-shirt with a rainbow flag or watch a discussion on television about preventing suicide among gay and lesbian teenagers.

In spite of a decision by the European Court of Human Rights, both countries continue denying LGBT groups and individuals their right to exercise their freedom of expression, assembly and association. While visiting the Netherlands, President Vladimir Putin recently claimed falsely that LGBT people are not discriminated against in Russia. The Dutch Prime Minister, Mark Rutte, should have rebuked him by referring to the ruling of the European Court.

Police in Malaysia and Kuwait frequently arrest transgender women because they violate national laws against cross-dressing. With feminine clothes as proof of their crime, the transgender women are often forced to strip naked in police stations and are thrown in jail with male inmates, where they are not protected against sexual abuse.

These are only a few examples of what lesbian, gay, bisexual, and transgender people face worldwide. When Human Rights Watch, which has researched these incidents, tries to discuss this kind of discrimination and these human rights violations, it faces a predictable set of false claims: First, homosexuality is a Western concept that is imposed on countries in the global South. Second, homosexuality is against tradition, religion, or cultural values and therefore should be forbidden. Third, LGBT people are claiming new and/or special rights.

As we mark the International Day against Homophobia and Transphobia on May 17, it is important to refute these fallacious assertions by noting:

1. Homosexual relationships have existed in all societies in all times, but the criminalization of same-sex relations was only introduced to many countries by European colonial powers.

2. LGBT people, many of whom are deeply religious and culturally observant, are entitled to the same internationally recognized rights as everyone else.

3. LGBT people are not asking for special treatment. They want the same freedoms and respect as their families, friends, and neighbors.

Yet, in more than 76 countries of the 193 member states of the United Nations, homosexual relations are criminalized; shockingly, 38 of the 76 are in Africa. Politicians in Uganda, for example, claim that their tradition prohibits them from treating LGBT people equally before the law, and that they need to introduce the death penalty for “aggravated homosexual conduct” to eradicate the homosexual danger. In response, Ugandan LGBT activists point out that slavery, female genital mutilation, racism, and child marriages were also once defensible practices, but are no longer.

I know it is hard to change the hearts and minds of policymakers and members of the public who would prefer to jail LGBT people than to allow them to live freely, and with dignity and rights, but it is not impossible. In June 2011, South Africa submitted the first-ever resolution at the United Nations Human Rights Council in Geneva to call for an end to violence and discrimination based on sexual orientation and gender identity. The United Nations high commissioner for human rights also publicly recommended decriminalization of homosexual conduct.

Even the Holy See, usually not a staunch supporter of homosexual relationships, stated at a Human Rights Day panel at the UN in December 2009 that violence and “unjust” discrimination against homosexual persons needs to stop. The Holy See called upon the 76 countries that criminalize homosexuality to revise their penal code.

On May 17, the International Day against Homophobia and Transphobia, we celebrate that all human beings are born equal in dignity and rights. Achieving this ideal is possible, but it requires vision, activism, and leadership. The future is not in front of us, but inside of us. The time has come for us to make it happen.