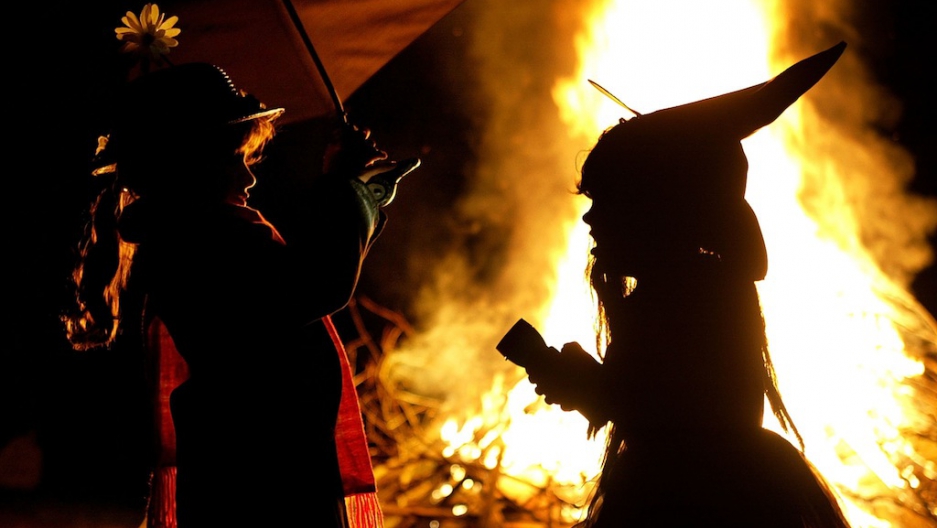 In Swaziland, the days when witches could enjoy the untethered freedom of flying high in the sky are, regrettably, over.

According to the marketing and corporate affairs director of the Civil Aviation Authority, Sabelo Dlamini, “A witch on a broomstick should not fly above the [150-meter] limit.”

So far no penalty exists for witches who fly below the firmly-defined 150-meter limit, though reports suggest that radio-controlled aircraft and kites are subject to the airspace regulation.

Dlamini's statement was prompted by the arrest of a private detective, Hunter Shongwe, who operated an unregistered toy helicopter with a drone-like video camera attached to gather surveillance information.

The arrest was the first of its kind in Swaziland, and thus represents a clear but confusing legal departure for the traditional authorities, the press, and the public.

When the Swazi press asked for clarification on the country's airspace laws, Dlamini elected to explain the new legal territory with a familiar and easy to understand metaphor — opting to use a witch’s broomstick to illustrate his point, because after all, a broomstick is considered the same as any other heavier-than-air airborne vehicle, right?

According to American Livewire, traditional brooms in Swaziland are comprised of bundles of sticks or twigs tied together with no handle.

And, while witches are known to use their brooms for applying or flinging “potions” and other cursed substances across large areas, they are not generally used for transportation purposes.

However, even though witchcraft is something that is taken very seriously in Swaziland —a country where people firmly believe in it and routinely accuse others of using black magic on each other — it can be assumed that Dlamini used the flying broomstick example only to illustrate his point.