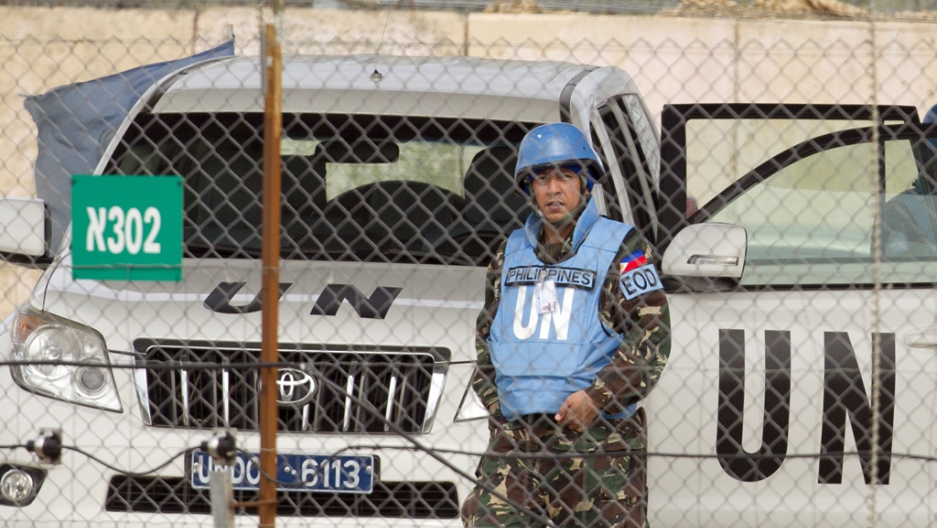 Four Filipino UN peacekeepers were released by rebels Sunday, five days after they were abducted while patrolling between Syria and the Israeli-occupied Golan Heights.

A rebel spokesman said the group was handed over at a border checkpoint called Beit Ara, an area where the Israeli and Jordanian borders join with the Golan Heights, Reuters reported.

"Last week was a challenge and we are very thankful for their safe release," Maj. Ramon Zagala, a spokesman for the Philippine Armed Forces, said, CNN reported.

The four were said to be in good health but were taken to Camp Ziouani for medical examinations.

It was the second abduction of Filipino peacekeepers in two months, AFP reported.

In March, 21 Filipino soldiers were seized by the same group and held for three days.

In the latest kidnapping, Manila had called on the Security Council to exert pressure to ensure their safe release.

It also warned it would consider withdrawing its contingent of 340 troops permanently if they could not be adequately protected from such attacks.

Secretary-General Ban Ki-moon released a statement on the UN website thanking the government of Qatar for its role in the release of the hostages.