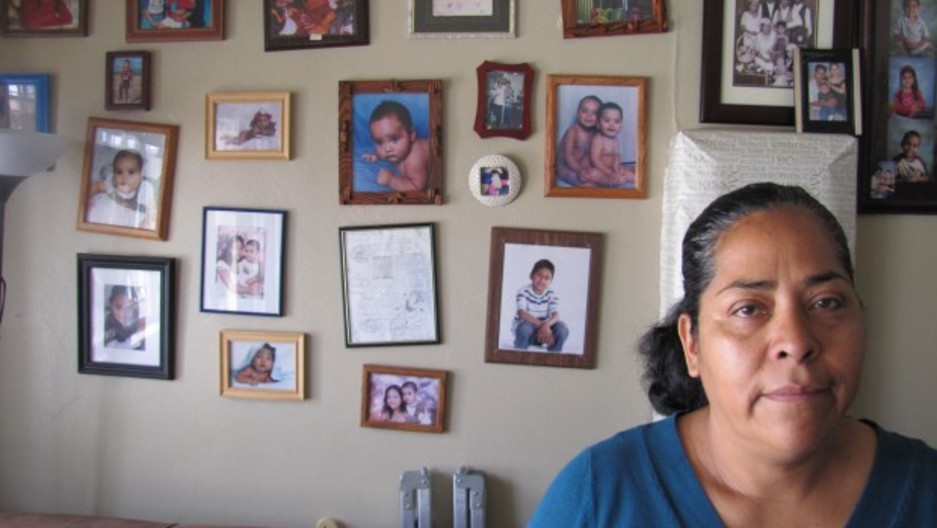 Gloria Mejia came to the US illegally and lives in San Diego. (Photo: Adrian Florido)

There's one number in the news quite a bit recently–11 million. It's the estimated number of immigrants living in the US illegally–and it's the most cited statistic in the immigration reform debate. But how did we even get to that figure? Who are the 11 million? Is it even the best number to use?

And it's a number that Jeffrey Passel has tracked probably more than anyone else. He's a senior demographer at the Pew Hispanic Center. To reach 11 million, he crunched government data and used a formula. 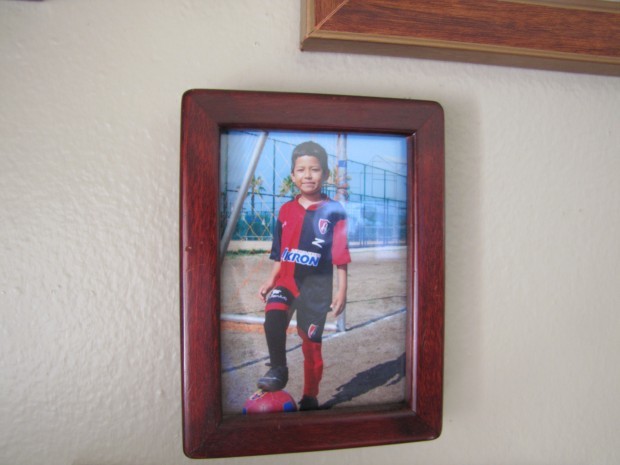 A photo of Joaquin, Gloria Mejia's youngest son. He is a US citizen, while Mejia remains an immigrant living in the US without proper documentation. (Photo: Adrian Florido)

Sounds simple, but it's not. In fact, 26 years ago, when Ronald Reagan signed an amnesty for 3 million immigrants, there was much disagreement over how to calculate the number. Many people argued there were three to four times that many immigrants without authorization living in the country.

Pew's formula uses Labor Department survey data that includes workers' country of origin to estimate the total number of immigrants in the country. It subtracts the number admitted legally based on federal immigration statistics. Then it makes some statistical adjustments to reach the 11 million estimate.

So then, let's accept that 11 million figure as the number of people here without documents. That's more than the total population of Greece, by the way. But who are they?

Some of what the Passel has found is probably no surprise. About six million of the 11 million are Mexicans. Sixty percent are men. A majority live in large states like California, Texas, Illinois, and New York.

But more than four million immigrants without legal status now live in the Midwest and the South–with states like Georgia and Oklahoma seeing this population rise fast. More of the US now has a stake in the immigration debate.

"It's part of, I think, the demographic underpinnings of what's turned this into a national debate instead of a local debate," Passel said.

There are also hundreds of thousands of Salvadorans, Guatemalans, Chinese, Koreans and Filipinos. Some entered legally, didn't plan on staying–but did.

"Forty percent entered the country through a port of entry, and then just overstayed their visas," said Ben Winograd, a former attorney at the American Immigration Council, based in Washington DC.

And if you look harder at the 11 million, another picture emerges–one of families. The majority of undocumented immigrants, both men and women, live with their families. So under one roof, there can be a mix of legal status: A dad without papers, a daughter who's a citizen, an older brother who's not.

Families like that of Gloria Mejia can show how complicated it can get. On a recent afternoon she was picking her 8-year-old son Joaquin up from school in San Diego.

Mejia is undocumented, but her son is a citizen. She said her being undocumented has hurt her children.

"It makes me sad that I can't help them more," she said.

Even Joaquin, her only child who's a US citizen, has been affected.

He wanted to join a soccer team. But the team would travel to tournaments outside California, and Mejia would need to help chaperone. But she's afraid to travel, and risk deportation, so she told her son no.

"That example you've given is so perfect. That you can't travel across states to participate in a soccer tournament," said Michael Fix, a senior vice president of the Migration Policy Institute. "It may mean that a mother is less likely to go to a PTA conference."

Michael Fix is with the Migration Policy Institute. Research shows, he says, that children who are US citizens–but whose parents are undocumented, in the shadows–are set back cognitively, socially and educationally.

So, when we think about the estimated 11 million people here illegally, demographer Jeff Passel says it's important to also think about the 4.5 million US citizen children with undocumented parents.

That's a considerably larger number than the 11 million we so often hear, but Passel said it might be just as important.