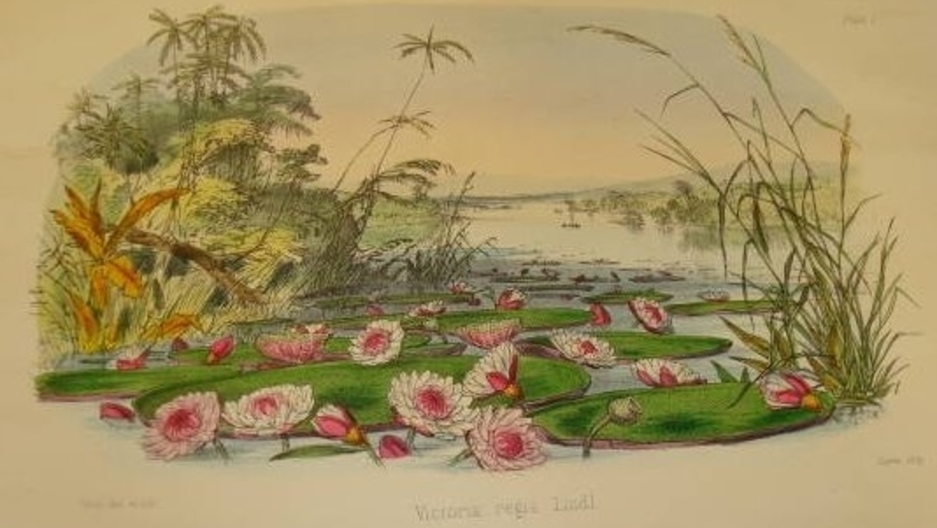 The Amazon water lily was a spectacular flower from Guyana that captured the imagination of grey Victorian England in the 19th century.

Tatiana Holway writes how this flower found its way to England from Guyana and why it became a symbol of the British Empire during Queen Victoria's reign.

The book is called "The Flower of Empire: An Amazonian Water Lily, the Quest to Make it Bloom and the World it Created."

In the book, Holway also explains how the Amazon water lily influenced modern architecture starting with London's Crystal Palace built for the Great Expedition of 1851.

Not only did the Crystal Palace house Amazon Water Lilies so Victorians could see them for the first time, but the building's design was based on the leaves of the flower.

The Victorians named this flower Victoria regia, after their newly appointed Queen.

Watch the water lily bloom in this time-lapse video from the BBC nature series 'The Private Life of Plants' with David Attenborough.