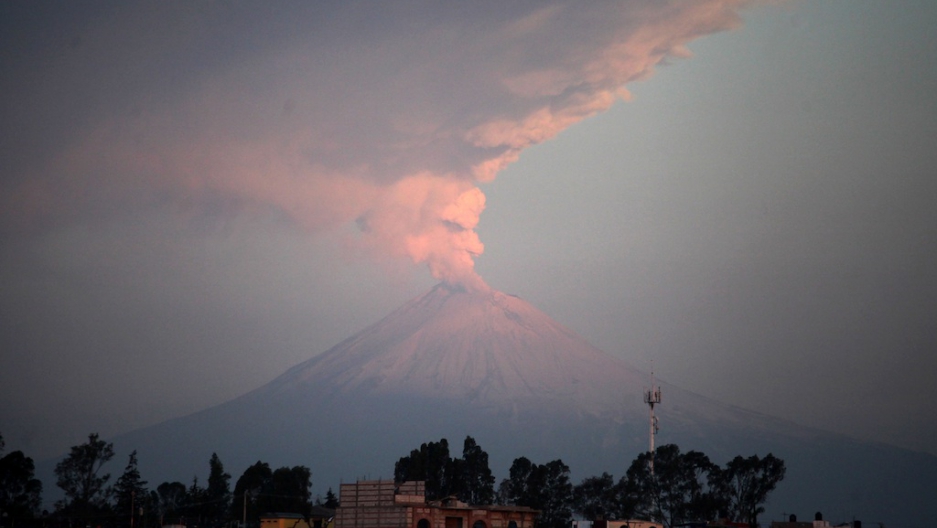 Mexico's long-menacing Popocatépetl volcano has erupted again, continuing a pattern of activity that began in mid-April, and causing worry for the more than 30 million people that live within range of the Puebla-based mountain.

According to Volcano Discovery, the eruption began around 7:28 PM on Tuesday, with emissions of steam and ash and even a fiery explosion of burning fragments of rock, which were shot as far as 700 meters from the volcano.

More from GlobalPost: 5 other potential disasters that are looming all the time

Nearby communities now are dealing with the ash fall Don Goyo and in downtown Puebla, according to the Milenio newspaper, which is moving to the southeast.

How in the world do you pronounce Popocatépetl exactly? Our senior Mexico correspondent and Americas editor say the various pronounciations below:

"Incandescent fragments have been observered falling mainly on the north and northeast slopes, reaching an average distance of 300 meters," said Mexico's National Center for Disaster Prevention (Cenapred) of the eruption, according to Milenio.

The volcano was earlier active in April, emitting a plume of ash that caused some talk of evacuations for area residents — although these never took place.

Social media has been on top of the recent activity at Popocatépetl, as users post images and information from Puebla and further afield. Here's video of the ash fall:

This webcam updates every minute and shows images of what appears to be a plume of steam emerging from the mountain. There's also some striking images from Twitter:

Impressive explosion at Popocatepetl -- look like it was preceded by growing ash column. Image via @chematierra. twitter.com/chematierra/st…