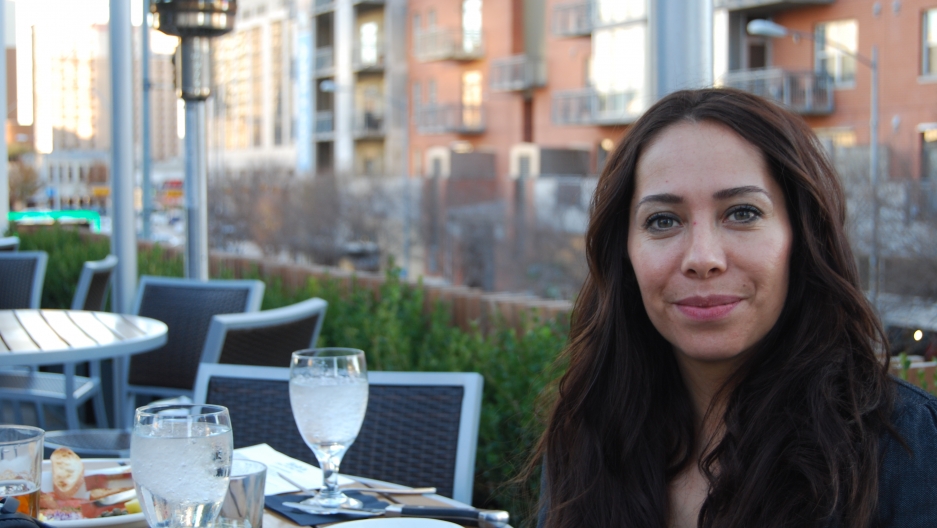 "So far, I think that I haven't been as productive as I was in Mexico, because, of course, I moved to another country, I'm building a community, I'm just getting settled. Even picking up my phone provider is a challenge right now."

And then she'll have to learn the art of the business deal, American style. In Mexico, business transactions typically begin over lunch.

"And we are talking a lunch that typically lasts at least two hours," said Luis Medina, a dual citizen who has mastered the art of the deal in both cultures. "There is not necessarily heavy drinking involved, but you know, you have beer or wine with your meal and it's relaxing, you talk about the family, sports …"

That's quite different than how things often get done in the US, where business is direct and to the point, about the bottom-line.

Medina now heads a program in Texas run by the Mexican government called "TechBA Austin" an abbreviation for Technology Business Accelerator. The program brings Mexican start-ups to the US and provides office space in a satellite building at the University of Texas. They also run programs out of Silicon Valley and Seattle, as well as the Canadian cities of Vancouver and Montreal, and Madrid, Spain.

Right now there are nine Mexican start-ups working in Austin. Besides the free rent, the small businesses also get guidance from professors like Medina. Advice includes the pedestrian, things like how to open a bank account, get an ID, or fill up their tanks.

"In Mexico you stop there and somebody puts the gas in, but here you have to do everything," said Medina, recalling one young entrepreneur from Mexico who broke his gas cap because he'd never pumped gas before.

Once those problems are resolved, Medina and other professors help companies dive into marketing strategies.

"If they don't have access to experienced business people that know how business is conducted here, they can make very expensive mistakes," said Medina.

One of the success stories here is Hector Gomez MacFarland. He and his Mexican business partners came up with an idea: put radio frequency ID chips on hammers, wrenches, and screwdrivers.

"With RFID readers inside the toolbox, we identify what tool, who has it, date and time, etc.," said MacFarland.

He wanted to sell this product to the aerospace industry in the US. It's a scary thought, but mechanics have left tools behind in turbines of aircraft, or an engine or cabin.

The US Air Force was worried enough about this potential problem to give MacFarland's company, IDZ Technologies, his first substantial contract, a $28,000 deal. From there, the TechBA program helped McFarland connect with other American companies.

This isn't just good for MacFarland's wallet; it's also good for the US economy. Alexandra Starr, with the New American Foundation, argues that it's in our interest to create more opportunities for Mexican immigrants to come here and sell us their stuff.

"Mexico has had its problems over the years, but it's a dynamic economy, it's growing. And it's to our benefit to have those trade links, and those links are really forged by individuals."

Add it all up, some six million American jobs rely on trade with Mexico.

The Mexican government has introduced several programs to help its small and medium-sized businesses invest in the United States. Tania Rodriguez, the auto parts supplier, is not affiliated with any of these programs, but said she's considering joining one.

In the US, some local groups and municipalities are also trying to attract Mexican small businesses.

In her recent report, "Latino Immigrant Entrepreneurs: How to Capitalize on Their Economic Potential," Starr pointed to the city of San Antonio as a place that's doing it well. Both local businesses and the city are investing in small Mexican ventures.

"The city's approach has been to get entrepreneurs to at least spend several months in San Antonio when they're establishing their businesses, and hopefully have them make it a semi-permanent residence."

The biggest barrier facing those Mexican entrepreneurs, however, is just getting here.

"So here's the big caveat," said Starr. "At this point, we really don't have a visa for immigrants who want to start businesses in the United States."

It's not impossible to get a visa as a foreign entrepreneur. But it's not easy. Luis Medina, who works for the Mexican government in Austin, helps Mexican entrepreneurs start companies in the US, then get themselves hired by those new companies.

Mexican entrepreneurs could benefit from an easier path. And you can be certain they'll be eagerly monitoring what President Obama and his Mexican counterpart, Peña Nieto, will be discussing this week. The White House said in a statement that the trip is to "reinforce deep cultural, familial, and economic ties."