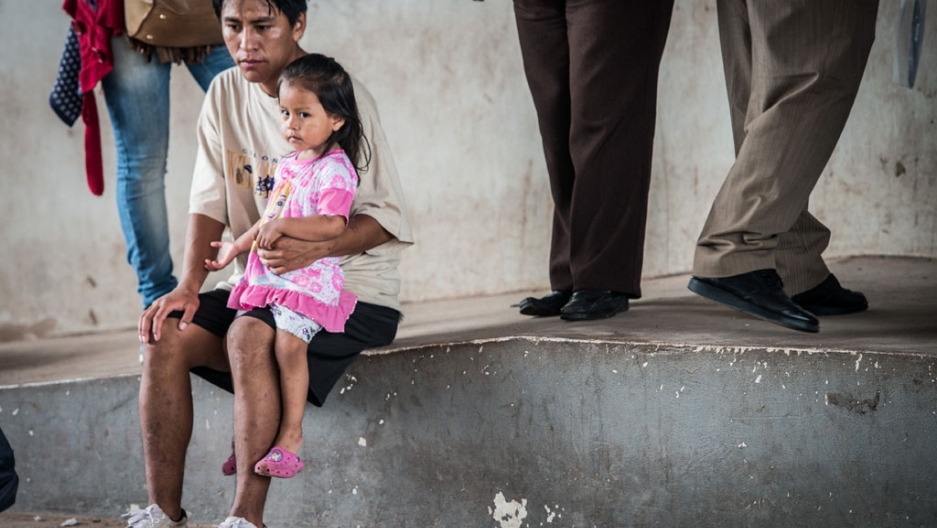 Bolivians wait at a Brazilian checkpoint along the border near Corumba, a municipality in the Brazilian state of Mato Grosso do Sul on April 3, 2013.
Credit: AFP
Share

Bolivian President Evo Morales has told an American aid agency it’s no longer welcome in the country over fears it’s trying to overthrow the government.

Morales, through state media, said the US Agency for International Development stands “accused of alleged political interference in peasant unions and other social organizations,” the Associated Press reported.

After repeated threats and accusations against the US government, diplomats and agencies, funding to the South American nation from America has declined to $28 million from $100 million a few years ago.

Morales banned the Drug Enforcement Administration in 2008 from Bolivia, one of the world’s top producers of coca, the main ingredient in cocaine, BBC said.

“What is most regrettable is that those who will be most hurt by the Bolivian government’s decision are the Bolivian citizens who have benefited from our collaborative work on education, agriculture, health, alternative development, and the environment,” the website says.

More from GlobalPost: Landlocked Bolivia sues for access to Pacific through Chile

Since 1964, USAID said it has spent nearly $2 billion in Bolivia on education, health, agriculture, food security, alternative development, economic development and environment programs in collaboration with the local government.

Bolivia is among the poorest nations in the Americas, with more than 200 coups and counter coups since it broke from Spanish rule in 1825, the CIA World Factbook says.

Morales has been president since 2005.

More from GlobalPost: Morales can run again in 2014, court rules