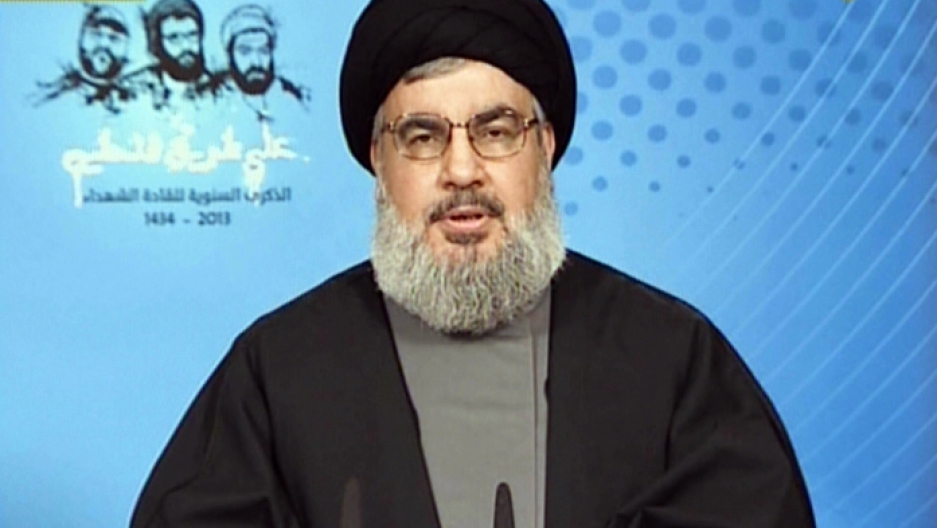 Hezbollah's Hassan Nasrallah made a television appearance Wednesday to deny reports that he was suffering from cancer.
Credit: AFP
Share

Hezbollah leader Sayyed Hassan Nasrallah vowed Tuesday that Syria's "real friends" will not let the war-ravaged nation fall "in the hands of Americans, Israel and extremists," according to a televised speech cited by the Associated Press.

Nasrallah is a vocal supporter of Syrian President Bashar al-Assad as Assad attempts to retain control of the country in the face of an armed rebellion. The violence between regime forces and rebels, which has spread throughout Syria, is believed to have claimed over 70,000 lives over the past several years.

Nasrallah told viewers that Assad "has real friends in the region and the world who will not allow Syria to fall into the hands of America or Israel," opening the possibility of military engagement, said Reuters.

"What do you imagine would happen in the future if things deteriorate in a way that requires the intervention of the forces of resistance in this battle?" Nasrallah asked, during remarks the AP characterized as "strongly suggesting" such a move.

Nasrallah claimed there were no Iranian forces in Syria at present, but Agence-France Press said he admitted their fighters sometimes help Assad's forces.

"A large number of [Syrian rebels] were preparing to capture villages inhabited by Lebanese," Nasrallah explained, saying it was therefore "normal to offer every possible and necessary aid to help the Syrian army, popular [pro-government] committees and the Lebanese."