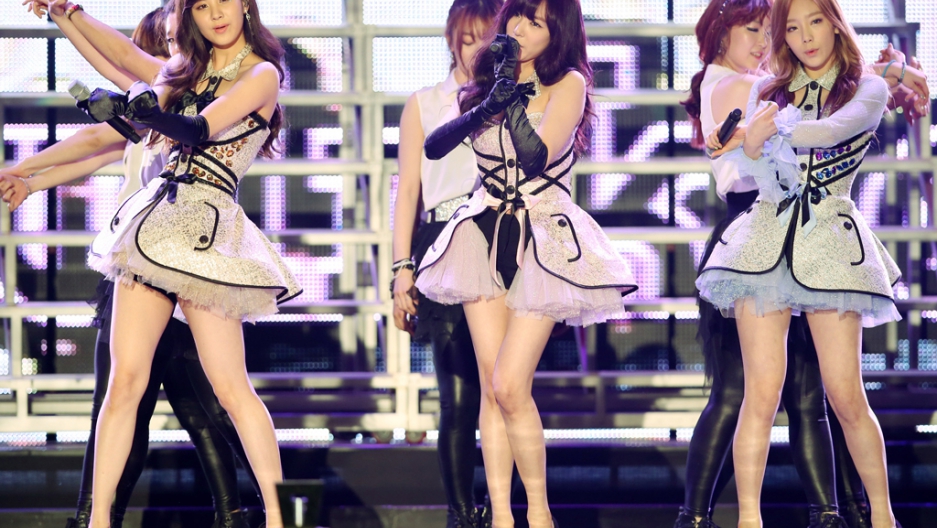 SEOUL, South Korea — This week, a famous K-pop star in South Korea got all teary-eyed  on television, talking about the 11 years she spent preparing for her career.

But it wasn't a misty-eyed nostalgia that overcame Lee Hwan Hee, otherwise known as Fwaney, a former trainee from the South Korean girls group Girls' Generation. Rather, it was recalling the long hours and grueling rehearsals that filled her adolescent years.

This little nugget of news touches on a shady and under-reported facet of South Korean society: the practice of (gang-connected) old entertainment executives recruiting cute 10-year-old girls and boys, and training them for years — sometimes more than a decade — to join K-Pop groups.

The road to becoming a K-pop star is indeed arduous. For many adolescents, it means giving up your teenage years — and often, your education — for the pursuit of celebrity and glamour.

More from GlobalPost: Whatever happened to the Korean Wave?

After rehearsing their dance moves and singing skills at one of the country's few K-pop boot camps run by major labels, many boys and girls are recruited when they're adolescents or teenagers.

From there, the recruits must dedicate their youth to prepping for the concert circuit. They can spend anywhere between four and sometimes 10 years in training with their new musical buddies for hours each day.

The marketers will expect nearly all men and women to get a cookie-cutter assortment of cosmetic operations: a pointier nose, botox injections, and an eye lift among others. (For the past few years, South Koreans have topped the charts for most cosmetically enhanced people in the world, and the pressure only gets heavier among stars.)

You'd think this is a glamorous industry, as if Koreans are joining the ranks of Hollywood glitterati and having parties in their Gangnam penthouses. In reality, the spoils of celebrity don't trickle down much to the bands themselves, and the work hours are long and rough.

The profits are also massive in an entertainment industry that's expanding rapidly around the rest of Asia. But the money tends to line the pockets of executives in South Korea's top-heavy society.

That comes with one caveat: you can hit it particularly big, joining the ranks of Psy, JY Park and Rain — in which case you're set.

More from GlobalPost: Islands in dispute, is K-pop too?

Adding to the tragedy, most K-pop groups have a shelf life of two to three years before they fade into obscurity. The boot camp system is like a factory, constantly pumping out the hottest and youngest stars. Once you reach 25, your chances of getting replaced are nearly certain.