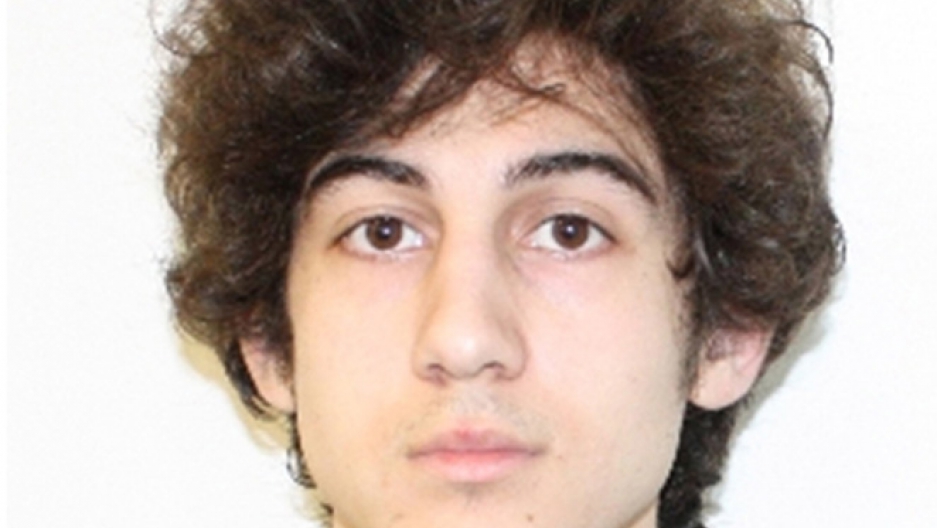 This image released by the FBI on April 19, 2013, shows Dzhokhar Tsarnaev, who has been been convicted and sentenced to death for his role in Boston Marathon bombing.
Credit: Handout
Share

BOSTON — We all know the Anarchist Cookbook is the go-to culprit when a lone, homegrown terrorist emerges to wreak havoc on civilian populations. And it’s true that would-be bombers can easily glean explosive-making skills from readily available sources both in books and on the Internet.

But that’s not all the Internet provides for the radicalized or even pre-radicalized individual.

In recent years, the web has emerged as a key medium for extremists of all stripes looking to radicalize, recruit, and disseminate propaganda among an infinitely wider audience than previously available through traditional means.

On the freewheeling net, everyone from white supremacists to Islamists and environmental radicals are connecting — then producing, sharing and consuming content that reinforces or encourages extremist views. Even some of the most mainstream social networking sites — like YouTube, Facebook, and Twitter – are host to extremist groups spouting their own narratives.

The Internet likely played a major role in the transformation of Tamerlan and Dzokhar Tsarnaev, two brothers authorities say carried out the attack on the Boston marathon, from social, all-star athletes to terrorists inspired by a severe perversion of the Muslim faith, investigators have told national media outlets.

Twenty-six-year-old Tamerlan, now dead following a shoot-out with police, was an avid reader of the US-based conspiracy website, Infowars, according to the Associated Press. Speaking to CNN, a US government source said 19-year-old Dzokhar, the sole surviving suspect, denied working with a foreign terrorist organization but admitted to an “online component” to their radicalization process.

“On YouTube, it is again easy to find video of ‘atrocities’ or speeches or other actions which confirm your world view,” said Richard Barrett, a director at Soufan Group and former counter-terrorism official at the United Nations. “A search for ‘jihad’, for example, is more likely to bring up examples of extremism than of what jihad really means” to the vast majority of Muslims.

Some of the world’s most popular extremist sites or material have either radicalized or propelled individuals to act:

• www.anwar-alawlaki.com was the dynamic and high-traffic website of former American-Yemeni cleric, Anwar Al Awlaki (it has since been taken down). His fiery, anti-American but English-language sermons posted on the website were credited with inspiring a number of individual Muslims living in Western countries but who could not speak Arabic for violent missions.

• Norwegian terrorist, Anders Behring Breivik, gave credit to prominent anti-Islamist bloggers and Internet personalities, Pamela Geller and Daniel Pipes, in the manifesto he emailed to some 1,000 people prior to carrying out one of the worst attacks in Norway’s history. He also frequently commented on the Norwegian website Document.no. “Tell me one country where Muslims have lived peacefully with non-Muslims without the Jihad,” he posted on the site, according to Mother Jones.

• The Tsarnaev brothers reportedly used an instruction manual from the English-language, Al-Qaeda-published “Inspire” magazine to build the crude, homemade bombs they used in the Boston marathon attack. The founder originally published the magazine “as a PDF from the basement of his parents' home in North Carolina,” writes (Foreign Policy) J.M. Berger, an author and analyst of extremist movements in the US and abroad.

• The white supremacist website Stormfront.org has also been linked to several extremist and hate-crime attacks in the US in recent years, including the assault on a Sikh temple that left six dead. An interview with the band of the attacker, Wade Michael Page, was featured on the site. “We are the voice of the embattled White minority!” the site’s homepage reads.

The world of online extremism is one that continues to perplex lawmakers and law enforcement officials. For those espousing hateful or even violent views — but that have not yet called for or participated in a crime — US free-speech laws provide them with protection from prosecution.

With self-radicalized terrorists like the Tsarnaev brothers, detection is difficult because, at least in their case, they rarely interacted with anyone online. Instead, they simply consumed the propaganda that, along with a number of other factors, spurred them to plant the bombs.

So how do you counter online violent extremism without interfering with privacy and civil liberties?

That's the job of a new government group, the Interagency Working Group to Counter Online Radicalization to Violence.

In its infancy, the taskforce has yet to put forth any solid policy prescriptions.

“Informed and resilient communities are our Nation’s first and best line of defense against terrorism,” the group says.