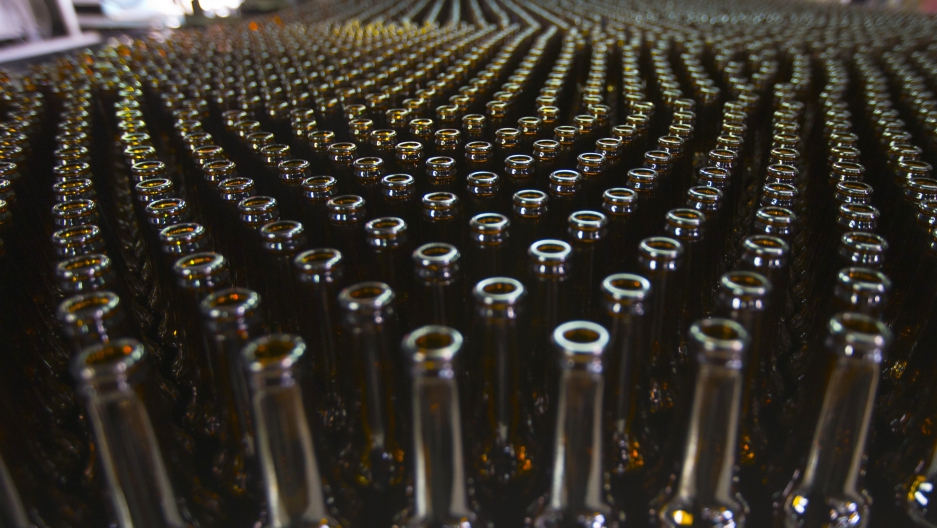 JERUSALEM — Now they're coming after our beer! That's the rallying cry at Jerusalem and Tel Aviv bars tonight, the last evening before a new beer tax goes into effect.

Prime Minister Benjamin Netanyahu's new government was sworn in last month under the shadow of significant belt-tightening required to balance the budget. The first step: a ham-fisted doubling of the tax on beer, from about 60 cents to $1.20 a bottle.

The new law, scheduled to take effect Thursday, is unsurprisingly being panned across the board, by barkeeps and beer-drinkers alike.

Pre-tax, the average price for beer in Israel is not cheap, ranging from about $5 at a bar for a 12-ounce bottle of the most common local lagers, Goldstar and Maccabee, which the authoritative newspaper Ha'aretz describes as "lackluster," to about $8 for a fine local microbrew or an imported specialty.

A definitive study about the Israeli beer palate has yet to be published, but in anticipation of the new measure and the crisis expected to result, GlobalPost has undertaken a review of local drinking habits.

1. Maccabee is the first beer you are likely to have tasted, if you're an Israeli. Universally dismissed by the microbrew crowd, it is a light, Pilsner-style quaff with no specific distinguishing characteristics. A great starter beer.

2. Goldstar is likely to be the Israelis' second beer. A darker lager with malted notes and a "thin beige head," it is, for local drinkers, the more urbane yet still accessible local brew. College students love it.

3. Shapiro is a user-friendly, high-end drink for bar-goers with a sense of humor. In summer, this brewer offers an herbal wheat beer. This winter, which was unusually cold, it came out with a special edition "Shapiro Jack," which was fermented using shavings from discarded Jack Daniel's whisky barrels. Very strongly flavored.

4. Malka is the conventional beer for the sophisticated palate, offering a standard range from pale ale through stout, with above-standard clean, mineral flavors and deep peaty notes. This is, say Jerusalem locals, a beer to savor.

5. Taybeh beer, a Palestinian brew, is popular among Israelis, and like all other beers, it will now be subject to the surtax. Its best selling product is Golden, a Germanic, light blonde beer with refreshing hoppiness and crisp bitter undertones.