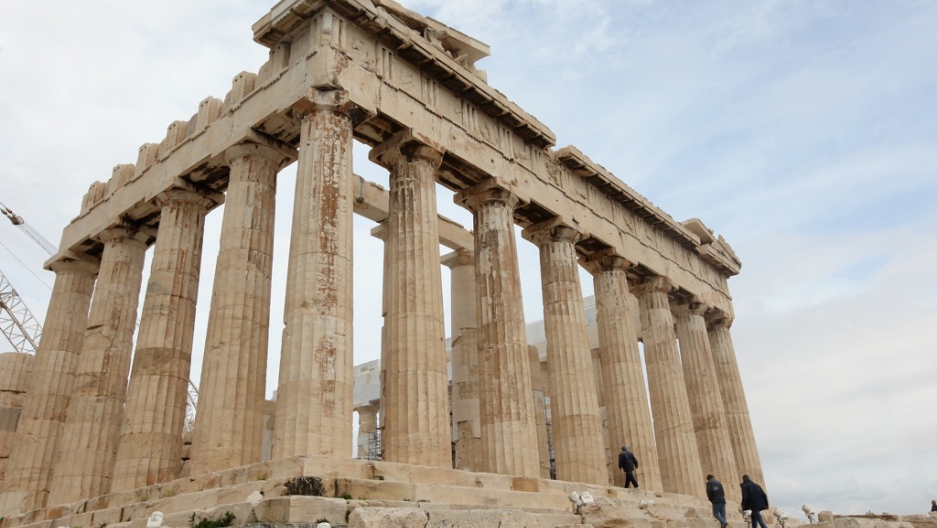 Does today's deal with its private creditors mean that Greece's economy can rise from the ruins?
Credit: Oli Scarff
Share

Greece is planning to pursue WWII reparations from Germany, the country tasked with paying off most of Greece's 240 billion-euro debt.

The Greek Finance Ministry has compiled a report that includes documents from more than six decades in support of the claim. The report will be submitted to Greece's legal advisers and Athens will be left to decide how to officially proceed.

The precise amount of the claim has not been released.

"We will exhaust every means available to arrive to a result," Greek Foreign Minister Dimitris Avramopoulos told lawmakers.

"We are pressing on with all the necessary measures," Avramopoulos also said. He called for "the restoration of justice and truth about the suffering of the Greek people during the difficult years of the occupation...a difficult period during which the Greek people suffered, went hungry and were looted like no other country."

Germany claimed it has already paid reparations owed to Greece for occupying the country during WWII.

The issue of reparations came up again last year as Greece suffers under austerity measures imposed by creditors, mainly Germany, because of its international bailout.

But Avramopoulos said linking the issue of war reparations to the debt crisis was misleading.

"This has been an open issue for 60 years," he said. "It is too large an issue to fit into the confines of the fiscal crisis."